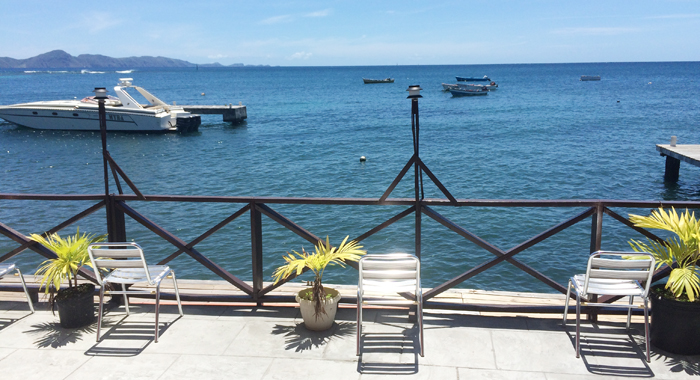 The latest IMF figures says the Vincentian economy grew by 1.1 per cent in 2014. (IWN photo)

Growth of the Vincentian economy in 2014 was “flat”, Prime Minister Ralph Gonsalves has said in the wake of the latest International Monetary Fund (IMF) figures, which said the economy grew by 1.1 per cent in 2014.

Gonsalves, who is also Minister of Finance, however, declined on Tuesday to say whether he was “vindicated” in light of a recent statement by Leader of the Opposition Arnhim Eustace, that both he and Gonsalves know that the economy registered negative growth last year.

The IMF has also projected economic growth for St. Vincent and the Grenadines at 1.2 per cent this year and 1.5 per cent in 2016.

“When I talk, I want to carry the discourse always at a level of rationality and understanding,” Gonsalves told a press conference.

He noted that when he was asked about two weeks ago about the performance of the economy, he pointed out that projections are given and then there are preliminary estimates, and finally number that are more or less accurate, although those numbers could be revised in a following year.

“And I said to you the growth in 2014 was flat. I mean when the IMF projected one point one, it’s flat…

“But we must always remember the context that we are coming out of a disaster at the end of 2013,” he said of the extreme weather on Christmas Eve that year that left loss and damaged of EC$330 million or 17 per cent of GDP.

Gonsalves noted that the IMF statistics shows that SVG’s 2.4 per cent economic growth in 2013 was second among the Organisation of Eastern Caribbean States nations on the list except St. Kitts and Nevis, which had growth of 3.8 per cent.

The other OECS nations were Antigua and Barbuda, Dominica, Grenada, and St. Lucia.

He further said the growth projections for the Vincentian economy in 2015 and 2016 — 2.1 per cent and 3.1 per cent — “comparatively are good numbers”.

“They are good numbers, which are above the average for Latin America and the Caribbean,” Gonsalves said.

“But this doesn’t mean that even when they are above the average for Latin America and the Caribbean, that they are robust numbers. But I put them within the context and say we have to grow the economy more,” Gonsalves said.

“But you can see the steps that I am taking, which this government is taking to make sure that the economy grows more,” he said, mentioning the building of infrastructure such as the airports in Argyle and Canouan and attracting foreign direct investment.

“Having stated the position which I stated, I don’t have to say that anything is any vindication of me or otherwise,” Gonsalves told reporters.

“I am saying what I see as the facts and I state a position which is scientific. I am not going to make a headline with yea or nay about something,” he said in reference to reference to reporters’ questions two weeks ago about whether the economy had in fact registered growth in 2014.