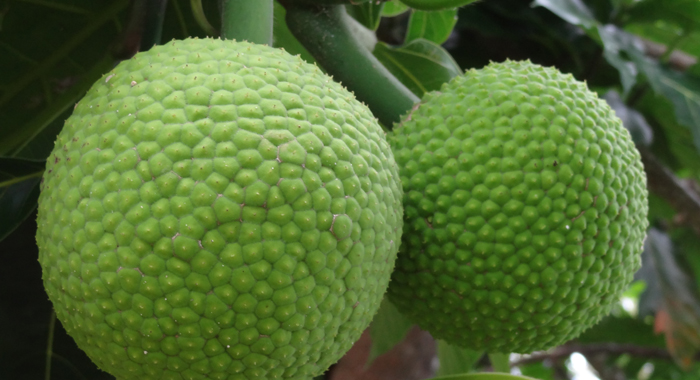 There has been a lot of vitriolic discussion on this site about the existence of a “donkey-cart mentality” exhibited by a certain segment of the Vincentian population following the posting of “Donkey cart mentality“.

Years ago, Sir James Mitchell, our longest serving Prime Minister (1984-2000), a record the Honourable Dr. Ralph Gonsalves is desperate to surpass, accused our people of having a “breadfruit mentality”. I guess some people would reply that his “negativity” about his people demonstrates a donkey-cart mentality. Since donkeys are known to eat raw breadfruit when they get the chance, both metaphors seem somehow apt.

Sir James was also fond of saying that he was only afraid of two things: AIDS and ignorance. Given that we have long known how AIDS is transmitted, contracting the former is today largely based on being overpowered by the latter and an uncontrollable dose of lust. What this means is that stubborn old donkeys like me may have a bit more sense than any empty-headed breadfruit. It also suggests that a generalised ignorance is at the root of most of our problems as a people.

I am also old enough to remember the donkey-cart days. Monday to Friday, all the year round, the donkey cart and driver would faithfully pick up our garbage and carry it to the local dump where it would burned on a regular basis. Today, the smelly garbage truck comes once a week spewing its diesel fumes behind. Most people who arrive a few minutes late leave their bags of garbage behind, especially if they live far from the pick-up site. Bags whose contents are not scattered all about by voracious dogs end up stinking up the whole neighbourhood until the next week’s pickup. Oh, the joys of change, progress, and modernisation!

The unfairly vilified donkey-cart mentality is said to be defined by such traits as: “backwardness,” “stupidity”, “condemning progress”, being “negative”, being “anti-ULP”, “having a personal vendetta against the Prime Minister and his family”, believing St. Vincent and the Grenadines (SVG) is a “hopeless place”, being prone to “belittling everything about SVG”, being “immature”, being “unpatriotic”, having a “profoundly and exaggeratedly negative sense of the place”, “bashing the country”, and “not being a Vincentian”.

Clement Percival, Peter Binose, Vinci, Vinci Vin Samuel, myself, and many others have answered some of these derogatory views by pointing out, among other things, that they are empty words voiced by apparently ill-informed, politically brainwashed, mischievous, or misguided people. I say this because they consist entirely of mudslinging, invective, and ad hominem attacks “full of sound and fury signifying nothing.” How could I not be reminded of William Shakespeare’s words to describe such baseless and poorly articulated sentiments?

Creeps in this petty pace from day to day,

To the last syllable of recorded time;

And all our yesterdays have lighted fools

The way to dusty death. Out, out, brief candle!

Life’s but a walking shadow, a poor player

That struts and frets his hour upon the stage

And then is heard no more. It is a tale

Told by an idiot, full of sound and fury

The Vincentians and lone Bahamian who are so full of sound and fury signifying nothing need to re-light their candles and at least consider, if only for a moment, the possibility that the people of SVG have been duped into supporting an airport at Argyle that the country doesn’t need and that the treasury cannot afford.

What could possibly be backward, stupid, unprogressive, negative, hopeless, belittling, anti-Vincentian, immature, or unpatriotic about raising this possibility, even if this hurts some people’s feelings or assaults their fragile sense of attachment to their country?

As for our lack of patriotism, I have already written:

“… the concept [patriotism] has been termed “the last refuge of the scoundrel” (Samuel Johnson, April 7, 1775) when referring to a false patriotism lacking grounded conviction or thoughtful contemplation. What I take from Samuel Johnson (a British slavery abolitionist well ahead of his time) is that those who stubbornly and mindlessly reject any negative assessment of their homeland regardless of its accuracy or motivation are not true patriots at all but people who either suffer from some sort of national inferiority complex, or have something to gain (politically, socially, or economically) from supporting the status quo, or who can only blindly love their country because, well, its only country they have. This is an empty even dangerous “patriotism” that can lead to self-deception, censorship, victimization, xenophobia, or worse“.

More important than the issue of patriotism or negativity (whatever that means) is the absence of any detailed counter-arguments debunking the evidence-based assertion that the proposed Argyle International Airport (AIA) is a boondoggle, a Trojan horse, a deformed foetus that will be given a mercy killing soon after its birth.

I beg the patriotic, forward-looking, intelligent, progressive, positive, hopeful, uplifting, pro-Vincentian, and mature champions of mass tourism and AIA to please counter the arguments and data that I have presented in 15 essays about the folly at Argyle.

And please stop countering with the specious argument that SVG is a beautiful country. We all know that already. We also know that there are hundreds of places on God’s good earth just as beautiful as our blessed homeland that also have limited tourism potential.

Instead, tell us why a far less beautiful island like the tiny twin Dutch-French island of St. Maarten/St Martin greets over two million tourist visitors every year. This is a far more interesting and important question that needs answering since it goes to the heart of the role of government policy in fostering tourism development. (Hint: the island became a tourist magnet after it became a limited-government duty-free haven in 1939).

While you are at it, please also reveal the reasons a dry, inhospitable, flat, and barren place like Las Vegas entertains over 40 million tourist visitors every year.

Please also tell us how AIA will promote enough mass tourism to at least break even ten years from now to counter the arguments that I and others have made that its debts and operating expenses will sink us long before that.

Please tell us as well how criticising bad government policies makes anyone unpatriotic or a non-citizen pariah (as I have been called), except perhaps in one-party totalitarian states like Cuba, North Korea, or Saudi Arabia.

To me, the author of “Donkey Cart Mentality”, Mr. Browne, and his splenetic supporters appear to be fairly young victims of our second-biggest public policy failure as an independent nation: our retrogressive “education revolution” which began long before the Ralph Gonsalves regime took power.

Forty years ago, discussion of policy issues was done on the basis of evidence and logic, at least among the educated classes of the time. Both have been long replaced by nasty personal attacks and irrational reasoning even among secondary school graduates, as the “Donkey Cart Mentality” note and the comments of its supporters show.

So what has happened to our noble British-derived education system in the interim? The same things that have happened to educational systems in so many other Westernized countries, poor and rich alike: many fewer in-class teaching days than 40 years ago; chronically high drop out and completion rates; a deliberate dumbing down of the curriculum to fit the needs of our poorly trained teachers, unmotivated students, and indifferent parents; the social promotion of dunces; laptops replacing reading and calculators replacing counting; a systematic lowering of standards to superficially inflate graduation, certification, and diploma levels; the facade of new and refurbished educational institutions to mask dismal skill and knowledge outcomes in the classroom; and the training of people for non-existent jobs. In short, more and more education has yielded less and less critical thinking and learning, as the “Donkey Cart Mentality” exchange reveals.

Talking about 40 years ago, how many Vincentians in their sixties and seventies can stand up and proudly proclaim that we have a much better society, country, and civilization today than we had then? I guess most of our older heads also exhibit a “profoundly and exaggeratedly negative sense of the place.”ben-David

One reply on “Donkey-cart and breadfruit mentality Vincy-style”