Promotion recommended for cop who managed emergency shelter for months 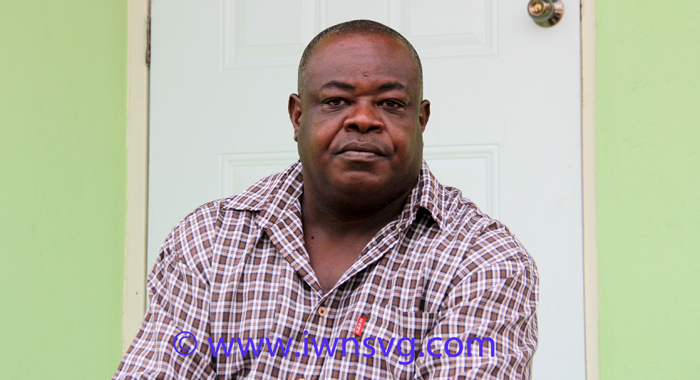 The head of this country’s emergency management agency has recommended a promotion for a Police Constable Steaven Derby, who managed an emergency shelter for almost 18 months after the December 2013 Christmas floods and landslide.

“We can’t close this chapter unless we acknowledge the work that was done by policeman Derby,” Director of the National Emergency Management Organisation, Howie Prince told an event in Hope, Penniston, where five houses were handed over to the occupants of the last emergency shelter to close after the disaster.

The shelter, located at Rillan Hill, housed mainly former residents of Buccament Bay whose homes were destroyed by the natural disaster.

“This is a young gentleman, a young police officer, who, when the event took place in Buccament, he went there and volunteered, started helping the people in the shelter,” said Prince, who called Derby onto the platform.

“When we saw the work that he was doing, we didn’t even bother to send the normal quote-unquote shelter management crew. We left it with Derby,” Prince said.

He said Derby was also selected to manage the shelter when the persons displaced by the trough system where transferred from the Buccament Bay Secondary School to the Rillan Hill Community Centre.

The centre had been renovated sometime before the severe weather event to become “a proper hurricane centre,” Prince said.

“While they were at that shelter, Derby took charge and he was the shelter manager for the entire period,” Prince said.

He said that shelters are difficult places to manage as the different households “bring with them all their social situations, all their habits, and everything that comes with human being…

“You can imagine, therefore, the problem that Derby, as shelter manager, had to manage in that situation,” Prince said.

“And, as far as I can tell, it has not been entirely smooth, but Derby has been able to keep things together all this time,” he said.

Prince said that none of the cooks that NEMO provided for the shelter lasted any period of time because of various complaints by the occupants.

“Eventually, Derby had to take over the cheffing. So he was shelter manager; he was more than chief cook and bottle washer; he was janitor; he did everything for all these people.

“He was father, mother, counsellor and policeman, because, sometimes, he had to use his policeman hat and tell the people, ‘If you don’t behave yourself, I will lock you up.’

“So we are glad that we were able to have a man like Derby at the helm of managing the centre, and, today, as we get ready to close that centre, NEMO and the government of St. Vincent and the Grenadines would like to highly commend Derby for the work he has done,” Prince said.

He told the gathering that he had had discussions with Commissioner of Police Michael Charles about a promotion for Derby, who remains a constable after more than a decade as a police officer.

“I am certainly going to have the same discussion with the Prime Minister, that since Derby has been absent from the Police Force and doing such excellent work, this is a man who more than deserves a promotion,” Prince said, adding that he had the support of the Cabinet members at the ceremony.

Prince said he had also discussed with the police chief sending Derby on one month’s vacation now that the emergency shelter is closed.

“Our government is a benevolent one. It rewards people for hard work. I believe that, I’ve seen that and I believe I can rely very heavily on Cabinet members who are here and the Commissioner of Police, with whom I have had a long discussion, and certainly with our Honourable Prime Minister to consider the work that Derby has done in considering him for greater things, whether in the police Force or elsewhere,” he said.