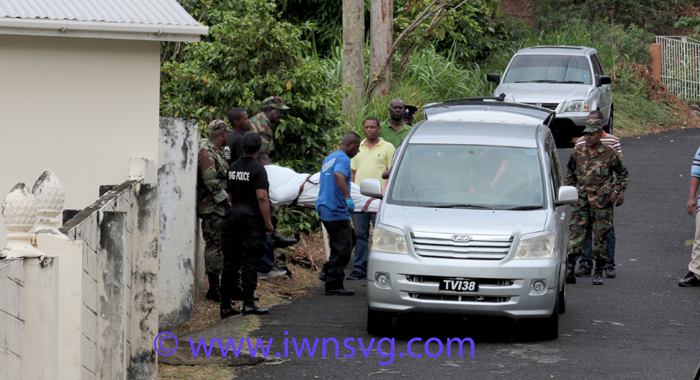 “It appears as though he has a gunshot wound to the head,” Officer in Charge of the Criminal Investigations Department, Superintendent of Police Ruth Jacobs told reporters at the scene.

He is said to have also operated the taxi in which his body was found.

The taxi, a car, was among some bushes about 50 feet from the road.

It had some damage to the left side, including a broken wing mirror.

Police responding to a call sometime between 2 a.m. and 3 a.m. Thursday found Primus dead in the car, Jacobs told reporters.

The death, the eighth homicide this year, brings to three the number of murders in St. Vincent and the Grenadines since Saturday, the fourth of which occurred this month.

Orantel Clarke, a 23-year-old labourer, of Langley Park, died on the spot after he received a gunshot wound to the right side of his abdomen around 12:44 a.m. on Monday in his village.

Ronique Phillips, a 20-year-old bartender of Chester Cottage was pronounced dead on arrival at the Georgetown Hospital after he sustained stab wounds to his chest and back on Saturday at a bar in Byera that hosted a karaoke event.

On May 1, Aljay Douglas, a 25-year-old labourer of Campden Park, died on Friday after receiving two bullets at an event dubbed, “Water, Soca and Alcohol”, held at the Campden Park Playing Field.