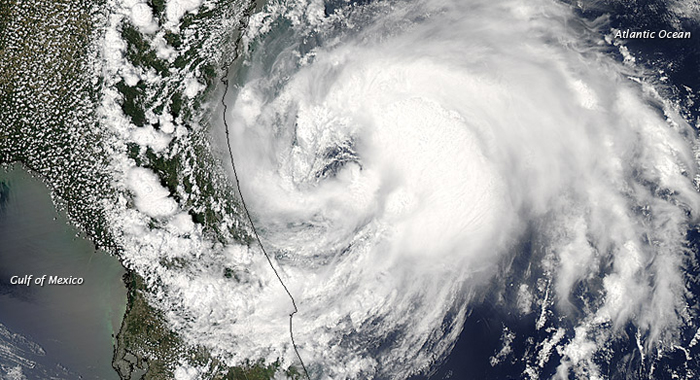 NOAA said of the 11 named storms, six could become hurricanes and two major hurricanes with winds in excess of 111 miles per hour (mph).

“The main factor expected to suppress the hurricane season this year is El Niño, which is already affecting wind and pressure patterns, and is forecast to last through the hurricane season,” said Dr Gerry Bell, the lead seasonal hurricane forecaster with NOAA’s Climate Prediction Center.

“El Niño may also intensify as the season progresses, and is expected to have its greatest influence during the peak months of the season. We also expect sea surface temperatures in the tropical Atlantic to be close to normal, whereas warmer waters would have supported storm development.”

“I am particularly peeved that the focus on climate change has largely been heavy on clean technology energy efficiency, which is important because that is also going to be a major game-changer for our economies, but we have not seen a requisite focus on the areas of preparedness for response,” he said.

Jackson said that while the region would not be spared the impact of climate change it was vital to look at the related effects such as increases in vector related issues like mosquito-borne illnesses and more weather related issues including floods and droughts and put systems in place to address these.

“But we are not investing in the ability to cope with these expected scenarios, we are not increasing the capacities of our first responder core such as our fire fighters, (or) our health services,” he said.

He acknowledged the financial problems facing Caribbean countries, but nevertheless felt that more could be done as individual states and as a region to prepare for such occurrences.

He adopted a similar stance regarding the general level of preparation for emergency situations at the national level, insisting that “the area of preparing for response has not been one that has benefitted from significant investment of resources, either nationally or in the broader program in the region.

“This is one of the reasons that CDEMA has actually positioned preparedness and response as one of its major priority programs that it would be seeking to have resourced to ratchet up the level of preparedness in our member states,” he added.