John not surprised by axing from Windwards selection panel 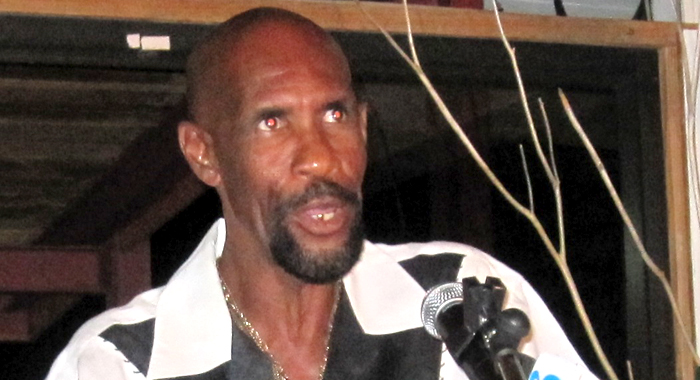 Lance John not surprised by axing.

St. Vincent and the Grenadines’ Lance John and Nixon Mclean were both axed as Windward Islands selectors at various levels at the Windward Islands Cricket Board meeting in Dominica, but John says the move comes as no real surprise to him.

Reports say that John, who was appointed a senior selector two years ago, was not retained after not receiving nomination even from his home association.

He was replaced on the panel by former Windward Islands and Grenada middle-order batsman Steve Mahon.

The panel is now made up of St. Lucia’s Keith Charlery, Mohan of Grenada with Charles Walters of Dominica, as chair.

John said he was expecting to be replaced owing to his “frank and straightforward manner” and “feel no bitterness towards anyone”.

He said that he was appointed to do a job and leaves with is head held high that he has been honest in his dealings and has given every player a fair chance at making the Windwards senior team.

John, who captained the Windwards in the 1980s as an attacking opener, said he will continue carrying out the functions as a local selector, using his experience and knowledge to select the best available players and team.

Questioned about the possibility of him resigning from his local post, John, faced some of the most fearsome fast bowlers in world cricket as an opener, said he was never one to shirk his responsibilities and will not do so now.

Another person to have been dropped from a panel was former West Indies pacer, Nixon Mclean as an U19 selector.

Reports say that Mclean was axed over a possible conflict with him being a vice-president of the West Indies Players Association (WIPA) and being a selector.

Crick and St. Lucia’s Julian Charles were elected as directors to the WICB, and Grenada’s president Dwain Gill and with SVG’s Kishore Shallow elected as alternate directors.

Reports say that the meeting also looked at the Windward Islands Volcanoes Franchise in the Professional Cricket League (PCL)in review and the future plans.

According to decisions taken, SVG will host the senior Windwards tournament in August, ahead of the West Indies PCL draft, which is set to take place at the end of that month.

And SVG and Grenada will play together in the West Indies female 50 overs tournament in Trinidad on August 3rd. The teams are expected to play a three-match series in Grenada, tentatively scheduled from the 16-20 July to select the team.