Saints overcome all but still end as second best 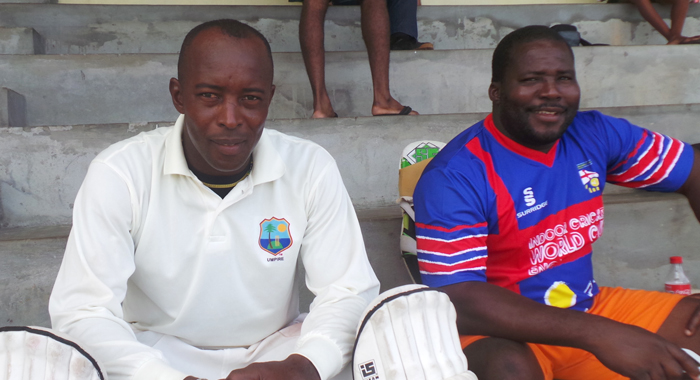 Guardian General Saints will end the season with top bragging rights even though their wait for a first national Premier Division/First Division title will move well past three decades.

They have ended their season by taking first innings points from defending champions, Team Rivals, having also got the better of former champions, Victors 1, LIME Radcliffe and News Spartans during the course of the season.

Guardian General Saints ended the season with 123 points to champions-elect Team Rivals’ 135 and for the second year in succession being forced to settle for the runners up spot.

Long-serving manager of Guardian General Saints, Foster Huggins was understandably disappointed with his team not being champions of 2015 and attributes this particularly to the fielding.

“We should have won this year because in my opinion we played better than last year and it was down to our own fault with our poor catching, especially in matches with Radcliffe and ASCO,” Huggins said.

He said that they put themselves in good positions in these matches but squandered the opportunity to press home for outright wins by the missed chances and had to settle for first innings points which ultimately may have caused them the title.

On the weekend, Guardian General Saints won the toss and batted first recovered from the position of 12/2 to reach a position of relative strength the batting of Rickford Walker and Romel Currency who batted with assurance on a slow but turning pitch.

The pair added 110 for the third wicket and looked to have put their team comfortably in the ascendancy and with the slightest of chance at snatching the title in a last gasp effort.

But yet another embarrassing middle-order collapse inserted itself into proceedings.

Currency, who got an even 50, was first to go when he gave veteran Orlanzo Jackson a return catch. He struck 2 fours and counted 30 singles in a responsible tenure at the crease.

Jeron John (0) went three runs later as Team Rivals were given a sniff. Walker went at 147/5 for a well-played 86 — his highest score of the season. He counted 4 fours and 2 sixes. Guardian General Saints then lost 3/9 to be 156/7. They added some important runs in the lower order but suffered a further collapse in losing 3/8 to be all out for 196.

Team Rivals began their innings in disastrous fashion when Asif Hooper (0), who was out of state for most of the season, was bowled by left-arm spinner Rolando Wright without a run on the board. They ended the day 6/1.

On resumption, it was all uphill for Team Rivals a they found the bowling of Wright too good and lost wicket steadily being one stage 80/6. They rallied eventually with the help of a series of spilled chances to 161, with Wright taking 7/47 and Currency 3/39-to give spinners 18 of the 20 wickets in the match.

The umpires, at the request of the captains, called the match upon the completion of the innings of Team Rivals.