Time for an Arnhim Eustace masterstroke 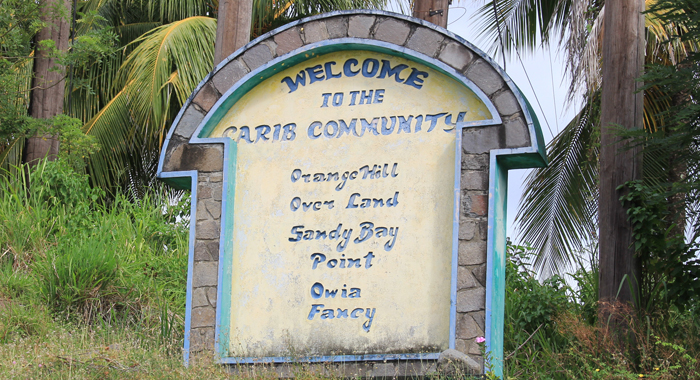 It is long past time that Arnhim Eustace earned a masterstroke of his own.

So here it is: the granting of a self-governing “Carib” (Garifuna) collectively-owned and managed land reserve making up at least 500 acres of Crown land at or adjoining a seaside location in the North Windward “Carib territory” as partial compensation for the brutal treatment and forced exile of 5,000 of our indigenous people following their loss to the British in the second Carib War in 1797.

The reserve would serve as a monument to those who fought valiantly to resist the rapacious efforts of the British planters to take all their land — a goal they succeeded in accomplishing. It would be a site for communal Garifuna festivals and rituals, national Vincentian recreation, and tourism development.

North Windward has always been the least developed and poorest part of our country and any economic development for its 2,000 plus population would be welcome, especially if it involved foreign visitors, including the thousands of descendants of the exiled Garifuna to whom Mr. Eustace has graciously promising honorary citizenship.

The model for this reserve would be the 3,700-acre Dominica reserve and model village, managed by and for the aboriginal people, the latter hosting thousands of local and foreign visitors every year.

Although the Caribs of SVG have become much more integrated into the general creole population than their Dominican counterparts, to the extent that many people lack any deep sense of Garifuna ethnic consciousness, there are still enough aboriginal beliefs and practices to ensure that such an enterprise would be nothing less than authentic.

To be sure, there could never be a way to redress the cultural and physical genocide experienced by the Garifuna, a treatment that even exceeds the wickedness of plantation slavery.

Still, a tourism-oriented reserve would bring jobs and income to our most disadvantaged citizens.

This partial redress is something only our own people can do since the slavery reparations movement that the Prime Minister has helped launch and to which he has tied the Garifuna, like some kind of excess baggage, is destined to go nowhere, especially on the issue of land claims, something only the sovereign country of SVG can grant to its founding people.

As for the costs, the land which is owned by the people of SVG would be free. The expense of constructing a genuine Carib village and allied infrastructure would readily find overseas donors, including several United Nations agencies, as have similar projects around the world.

Promising such a venture would ensure that the NDP would have a better than even chance of winning what will be a hard-fought election in the constituency of North Windward. Indeed, capturing this seat could well win the next election for either party.

This is why I call it a potential masterstroke that Mr. Eustace would be foolish to pass up given how far he has already moved on the Garifuna cause.    ben-David

5 replies on “Time for an Arnhim Eustace masterstroke”