89% of plantain shipment fails to make grade for UK export 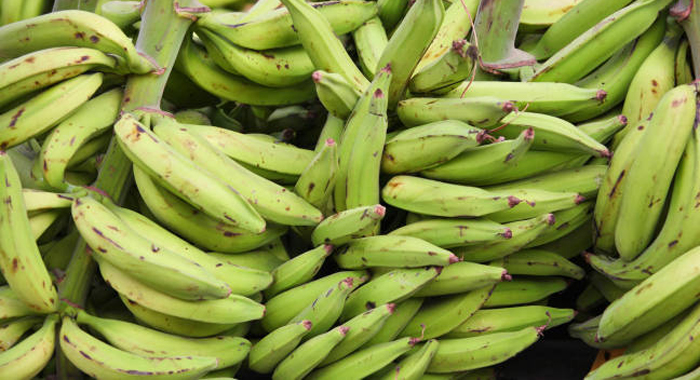 The majority of the fruits did not meet the standard required for export to the UK market. (Internet photo)

Some 89 per cent of plantains that the state-owned Farmers Support Company was scheduled to export to the United Kingdom last Sunday failed to make the grade and was redirected to the regional market.

The Ministry of agriculture said on Thursday that the 40-foot container of plantains that was scheduled to be exported was reduced from 900 to 100 boxes.

“As a result of a large quantity of over grade fruits supplied by the farmers, the company decided to send a sample shipment to the United Kingdom as the over grade fruits were deemed unfit to make the journey to the UK since it will result in significant losses due to ship ripe,” the ministry said in a statement.

“The FSC then quickly switched to option B, which was to sell to the plantains to the region: namely a Trinidadian importer,” the statement said.

The ministry said that Minister of Agriculture Saboto Caesar, who is in Rome to deliver an address at the Food and Agriculture Organization (FAO), was informed of the development.

“Minister Caesar noted that these snags will arise when there are extremely high productions of any commodity. He added that because of the glut on the market, farmers will attempt to first sell the oldest grade, however, he is pleased that the plantains were able to be sold eventually,” the ministry said.

“According to Minister Caesar, the farmers will be paid the same price as if it had gone to the United Kingdom and that is what matters most,” the statement added.

The ministry said the FSC will continue to seek new markets especially in a period where the EC$12 million provided to farmers in loans has increase production significantly.

“Agriculture production has shown a steady upward increase in the first quarter of 2015 relative to the figures of 2014.

Minister Caesar concluded that he is optimistic that the second quarter of 2015 will also show an increase and the FSC will continue to purchase plantains for export,” the statement added.

The latest development comes amidst report that an “experimental shipment” of bananas sent to the United Kingdom earlier this year was rejected.

“I am not aware of the issue in the way in which you have framed it,” Prime Minister Ralph Gonsalves said last week when asked about that shipment of fruit.