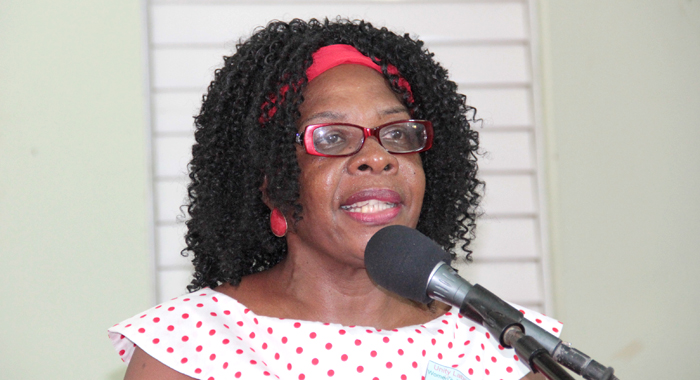 A Permanent Secretary broke the Civil Service rules when she represented the ruling Unity Labour Party (ULP) last week at a meeting with the Supervisor of Election, Leader of the Opposition Arnhim Eustace says.

Eustace did not identify the permanent secretary when he spoke of the issue at a New Democratic Party rally in Layou on Saturday.

However, I-Witness News understands that it is Audrey Gittens-Gilkes, permanent secretary in the Ministry of Housing and deputy chair of the ULP.

Gittens-Gilkes is also an executive member of the ULP’s women’s arm.

Eustace noted that the meeting was of the Supervisor of Election and political parties, adding that he, along with Central Kingstown MP, St. Clair Leacock, and Sen. Linton Lewis, represented the NDP.

“But a permanent secretary was on the delegation of the ULP delegation. She had no right there. That is against the rule, and she should therefore not be working today,” Eustace said.

“The Civil Service does not provide for that, because you are supposed to be independent when you are a civil servant, not come there as part of a party for discussions with other parties,” he added.

“That matter, we are going to deal with. We cannot continue to have those kinds of things in St. Vincent and the Grenadines. That is part of the reason for our underdevelopment we have right now, where people are just getting favours, whether they can work or not. That got to change! Has to change!” he said.