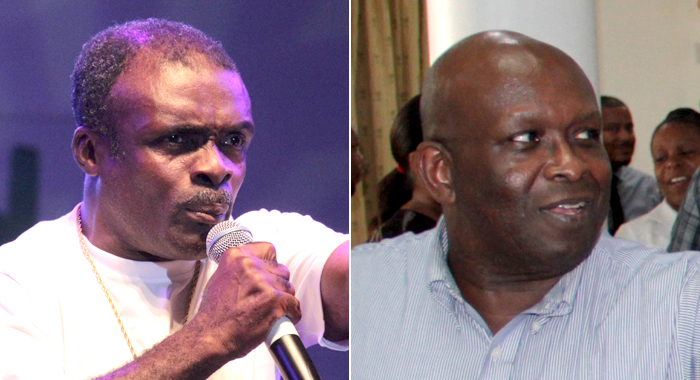 A lawyer for Permanent Secretary in the Ministry of Health, Luis de Shong has written to calypsonian Malcolm Junior Marshall saying that his song, “Professional Bowlers”, defames the senior public servant.

The lawyer, Patina D.S. Knights, is demanding that Marshall, who uses the stage name “Marshie”, “with immediate effect cease and desist in continuing to publish such defamatory statements of and concerning my client”.

She is requiring that the bard tender in writing to de Shong, “a full and unequivocal apology and give and undertaking not to repeat these allegations”.

“If we have not received a satisfactory reply within seven days of receipt of this letter, my instructions are to institute legal proceedings against you,” Knights wrote in the June 22, 2015 letter, which Marshall said he received four days later, at 2:09 p.m. on Friday.

Marshall is among the 10 bards who were selected Friday night to compete in the National Calypso Monarch finals at Victoria Park on July 5 and is expected to sing the same song during the competition.

The song was a hit among calypso lovers at Victoria Park.

In the rendition, Marshall says that while the West Indies Cricket Team has good batsmen, it is suffering for bowlers.

The singer, who is a driver at the Ministry of Health, said he is asking the Unity Labour Party administration to search in the various ministries and send the bowlers to the West Indies.

The lawyer said that she is instructed that Marshall in his song specifically makes reference to the Ministry of Health and the post “SPS”.

“… my client hold the host of Permanent Secretary, a post commonly referred to as ‘PS’. It cites that the holder of the post of SPS ‘is a bowler’. My client contends that this is a less than veiled attempt to indicate the post of ‘PS’.

“It is clear that the innuendo is targeted at the ‘PS’ and the reference is intended to mean that he is a ‘buller’. It is well known in Vincentian context that this meaning imports acts of homosexuality,” the lawyer wrote.

“These words you published mean and were understood to mean that my client is a homosexual and as such implies my client engages in unlawful acts, that being criminal offences.

“These words are calculated to defame my client, when performed in public constitute a slander, and when performed on the airwaves give rise to a cause of action in libel. My client is aggrieved and defamed. He feels embarrassed and his reputation tarnished. The song serves to lower in the opinion of others my client’s character, professional integrity and standing. It has caused him considerable distress and embarrassment,” the lawyer wrote and asked Marshall to cease and desist from publishing “such defamatory statements”.

“This letter is written in accordance with the pre-action protocol for defamation. We look forward to hearing from you without delay in respect of an apology,” she wrote, saying legal action will be taken again Marshall if a satisfactory response is not received within seven days of his receiving the letter.

Marshall told I-Witness News on Saturday that he was surprised about the lawyer’s letter and the conclusion that “bowler” was taken to mean anything else than was mentioned in the song.

He said the CDC told him ahead of the performance on Friday to substitute “Ministry of Health” for something else during his performance Friday night and he said he used “Ministry of Progress” instead.

When contacted by telephone on Saturday, the CDC told I-Witness News that neither chairman Dennis Ambrose nor Chief Executive officer Ashford Wood was in office.