SVG U23 overcome travel problems to draw with Puerto Rico 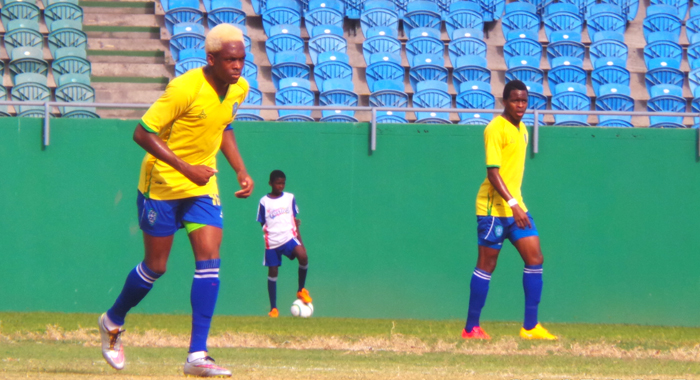 “Travel weary” St. Vincent and the Grenadines mustered all their fortitude to come away with a 2-2 draw against host Puerto Rico in their opening match in the Caribbean Football Union (CFU) U23 Olympic Qualifiers at the Juan Ramon Loubriel Stadium Thursday night.

The host went ahead in the 9th minute when Cooper Nungent breached the visitors’ defence to put the ball into the back of the net.

The Vincentians were on level terms three minutes later through the nippy Azhino Solomon.

On the resumption, both teams missed several opportunities but it was the hometeam who once again went ahead in the 75th minute through Reid Strain.

But SVG were back on level terms 2-2 in the 80th minute when the always-threatening Oalex Anderson found the back of the net. The match ended that way.

The Vincentians had endured a miserable few days before the match having been stranded in Barbados for a few days owing to visa problems and later in Miami before heading to Puerto Rico mere hours before the match.

Reports say that both Trinidad and Suriname encountered similar problems with Suriname being forced to withdraw from the tournament. This has resulted in the Group being reduced from four to three teams.

The winners of the group advance to the final round. In the final round, the four teams play a single-elimination tournament Aug. 14-16, with the two top teams qualify for the 2015 CONCACAF Men’s Olympic Qualifying Championship.