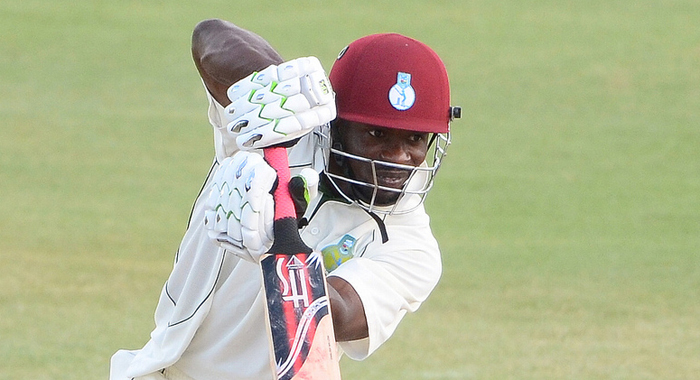 Devon Smith is said to be interested in leading Windwards now. (Internet photo)

Windward Island cricket administrators are said to be in what can be described as a quandary.

Reports say the state of confusion has come about as a result of a decision by champion opener, Devon Smith to demand the captaincy of the senior team.

Dominica’s Liam Sebastien is the current captain — a post he has held for the last three years with the departure of Darren Sammy — the previous holder of the office.

Reports say the 33-year-old Smith has over the years shown little inclination to crave the role of leadership of either his native Grenada or the Windwards and have seemed satisfied to play under whoever was named to lead the respective teams.

He, however, had accepted the role from time to time especially for his nation but appeared always willing to step aside at the first opportunity.

His contributions to the teams have remained productive on and off the field, with players speaking about his advice when they are going through a bad patch or as newcomers to the team.

Smith, a left-handed opener, has been one of the most prolific run-getters in regional cricket and in the 2014/15 Professional Cricket League (PCL) he amassed 822 runs –the most by any batsman — at an average of 54.80 and struck two centuries and four half centuries.

The Grenadian was suggested as the front-runner at the exit of Sammy but is said to have declined the offer, forcing the Board to make a choice between Sebastien and SVG captain Lindon James.

Reports say the matter was put to a vote and Sebastien came out ahead after one Vincentian administrator abstained from voting. This saw a tie and the casting vote then went to the Dominican.

But over the years since becoming leader of the team and prior to that, questions have been raised about Sebastien’s ability to maintain a place in the team on the strength of his batting or bowling. He is also deemed to be susceptible to injuries with reports of a nagging Achilles problem seriously affecting his play.

Reports say that some members of the Board are trying to get Smith, who has played 38 test matches for the West Indies, to change his mind while others and some top players are in support of his decision. One report say that a senior player has indicated that he will not be playing under Sebastien in the upcoming season.

SVGCA officials have refused to comment on the development but have not denied or confirm that Smith, who made his Windwards debut a decade and a half ago, was now clamouring for leadership.

A vast majority of the persons who are aware of the situation have all come out in support of Smith, with some former Windward players of the view that the change will bring about a more balanced team.

The Windwards placed third in the 2014/15 Caribbean Premier League with five wins, four losses and one craw in their ten matches.