The rise of invisible employment in SVG 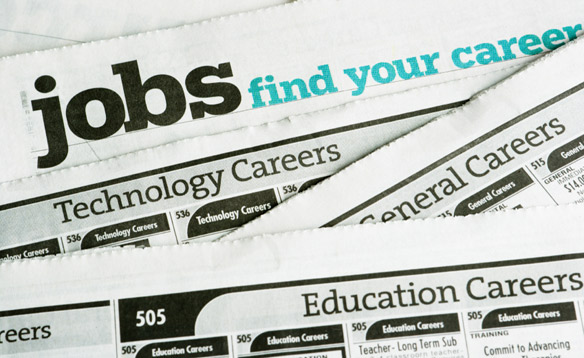 “There are more people employed in St Vincent and the Grenadines (SVG) today than in 2001.”

These were the words of an equivocal government surrogate who dispiritedly aired an impetuous view of the nation’s economic and unemployment conditions — an attempt, in my opinion, to sway the people while promoting a fourth term for the present regime.

To date, I am still puzzled by this governments advocate’s contentious plea to the people. For me, this is a desperate and unethical political propaganda, which serves as an economic growth barrier. These people have a no desire to change the current status quo through practical economic strategies, but labouring on airing anti-opposition agitprop, and egoism.

If the government champion is correct in his analysis of employment in SVG, then there are many major embarrassing episodes to digest!

If so many persons are employed why are so many of them prowling around on the streets? Empirical evidence revealed that there is growing pessimism among persons graduating from universities, colleges and high schools who are yet to find a job. As a matter of fact, there are batches of nurses newly left training college and immediately exiled to Trinidad and Tobago health care system from the harsh unstable employment conditions at home while more nurses are needed in SVG.

Not only are nurses leaving, but unemployed Vincentians are leaving SVG in huge numbers seeking employment elsewhere.

Coupled with this, there maybe another gruesome dilemma associated with the high unemployment rate. According to sources, retirees are given jobs after their retirement – jobs, which should be held by young energetic individuals who are aspiring for prominence in the labour force.

In fact, the lack of jobs available in SVG is evident in the newspapers — one of the main advertising media used by entrepreneurs for posting vacancies. The classified these days are swamped with apartment and vehicle rentals and sales.

This is not all!

In a recent political meeting held at Sion Hill, one of the opposition representatives outlined a number of businesses that were closed under the current government. The list of deceased enterprises is endless with KFC being the last victim. Henceforth, this has jeopardized the jobs of hundreds of workers around the country. Furthermore, even public enterprises are closing — referring to the Owia Fisheries Complex.

By now, I am convinced that Vincentians have dismissed this fictitious high employment claim.

The fact remains – before 2001 when the Unity Labour Party (ULP) government existed, agriculture, dominated by the banana production, was the fundamental sector for the then SVG’s lower-middle-income economy. Correspondingly, the agriculture industry accounted for 60 per cent of total employment in SVG. Taking this into consideration, I asked, how can more people be employed today than in 2001 when the agriculture industry has fallen into a coma thereafter?

This suggests that thousands of jobs have gone extinct – leaving once arable lands derelict – making it unsuitable for farming. My personal assessment is the government has been comparatively unsuccessful at introducing new industries, and the unemployment rate remains at an all-time high, almost 20 per cent, compared to 15 per cent in 2001.

Moreover, economists believe that the relationship between economic growth and unemployment can be expressed relative to the requisite output of services generated by employees necessary to sustained an economy and encourage economic growth. In fact, a high volume of unemployment influences a drop in the level of output – for the same reason that there is lower workers’ contribution to the output. This correlation is derived from the idea that the degree of unemployment is unfavourable when there are economic downturns.

Business professional Esther Ejim also explained that unemployment is one of the macroeconomic factors, which economist deploy to ascertain the growth rate and the health of the economy. In SVG, it occurred – when customers place high volumes of product orders, companies have hired more workers to accommodate the increase in demands. However, as seen recently, when these demands drop, companies have laid off workers and terminated operations in an effort to conserve its resources.

A quick fix to the high level of unemployment in SVG is to invest in industries, encourage foreign investment and provide an environment that allows small private sector businesses to thrive — hence, lowering the volume of imported goods, increasing exports and most importantly, creating jobs at home.

Another recommendation to the government is reform SVG’s Division of Labour to ensure positive results and support for remotely placed job seekers, like people supporting the opposition, qualified Vincentians and even the indigenous people — who I think should have special conditions. Actually, employment is critical to closing the gap on other indicators, such as security, education and health. In all fairness, I believe that some drastic changes must be made to existing programs to lessen the red-tape to ensure that remotely place Vincentians have access to long-term employment.

Persons advocating for the government must be ethical and learn the links between economic growth and unemployment.

SVG does not have more people employed today than in 2001!

3 replies on “The rise of invisible employment in SVG”