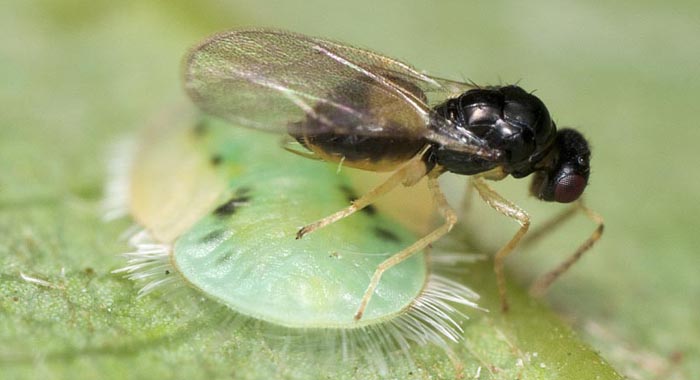 The Ministry of Agriculture will import 20,000 wasps in its effort to control the Asian citrus psyllid, which transmits the huanglongbing disease, or citrus greening.

The most important damage that Asian citrus psyllid conveys to the plant is vectoring the Huanglongbing bacterium, which causes shoots to yellow and new leaf tips to twist or turn back.

The plant dies after five to eight years.

The Ministry said citrus greening is having a devastating impact on the citrus farmers in St. Vincent, almost four years after it first detected in the country.

“The disease appears to be widespread throughout the island and is already causing significant impact on the livelihoods of farmers as field visits to various commercial farms in St. Vincent have confirmed this,” the Ministry said.

As part of efforts to manage the disease, the wasps, natural enemies of the vector, were sourced from the Florida Department of Agriculture and Consumer Affairs, Division of Plant Industry through Dr. Eric Rohrig.

Twenty thousand of these wasps will be imported for use in a biological programme to suppress the population of the psyllid.

The wasps are expected to arrive in St. Vincent this week.

“They will be released onto farms throughout St. Vincent,” the Ministry said, and advised farmers not to spray their citrus plants with chemical pesticides as these are harmful to the biological agents.

“We would also advise farmers to remove and burn old and dying citrus plants to lower the source of the inoculum,” the Ministry said.

The second phase of the management plan will involve the propagation of new budwood and seed germplasm under protected structures.

One reply on “St. Vincent to import wasps to fight citrus greening”