Another body found floating at sea in North Leeward 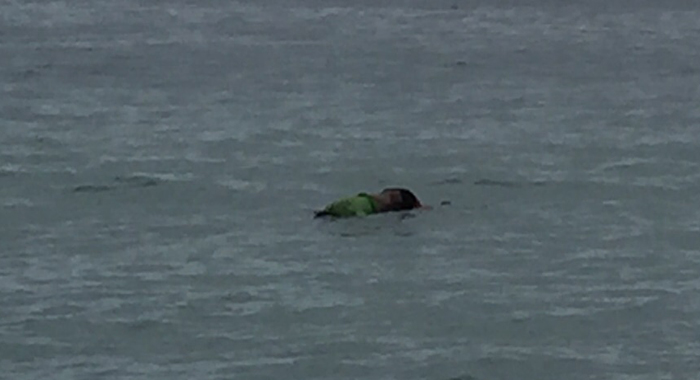 Police are investigating the death of a man whose yet unidentified decomposing body washed ashore in Chateaubelair Wednesday morning, some hours after it was seen floating at sea.

The body was clothed in a green t-shirt and red shorts.

Residents of the North Leeward town say that the body is not that of 36-year-old Chateaubelair resident Charles Walker, who has been missing since June 22.

Walker, along with Glenroy Delpesche, 26, of Petit Bordel, and Brian Baptiste, 49, of Chateaubelair, originally of Owia, had gone to Trois Loups, some two miles north of Richmond, to fish.

The bodies of Delpesche and Baptiste were found floating at sea on June 25.

Post-mortem examinations conducted conclude that both men died from asphyxia due to drowning, police have said.

Sources say that police have in custody a man who had transported another man to an area north of Chateaubelair a few days ago.

The person transported is unaccounted for, but the man has told police that the body that washed ashore in Wednesday is not that of the man that he transported.