Monkey Say Cool Breeze (Episode 7: The rays of the sun) 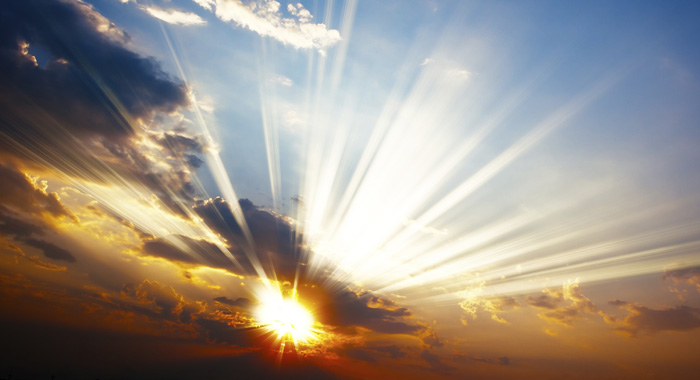 Episode 7: The rays of the sun

The morning was cold like ice. No, it was much colder. To tell you how cold it was; icicles were hanging from the eaves trough; the rains had fallen on the roofs and had formed ice before they could make their way off the roofs and fall to the ground. And the windowpane on some of the buildings that lined the street appeared to have a second layer of opaque glass. But, it was really sheets of ice that had been caused by condensation; the warmth in the buildings and the cold outside of them, caused beads of water to appear on the glass which, like the raindrops on the roofs, had spared no time in turning to ice.

The small frame of a man emerged from the doorway of the two-story building. He rubbed his hands for a few brief seconds and braced for a long walk home.

The stone building stood proudly on the corner of Bayview and Sheppard. It was an intersection that was hustling and bustling throughout the year. Apart from the building number ‘316’ and the fancy cars parked in the “management only” parking lot, it gave no indication that it was home to a thriving manufacturing business that paid its workers next to nothing. He had worked there since his first week; day in, day out; ten and twelve hour shifts.

He stretched his arms, then bent and touched his toes. His brown boots were badly worn; the steel tips were already exposed. They were causing his toes to feel the brute cold of the unforgiving winter months.

Whenever he had money, he took the bus. The few times he did, he had enjoyed the comforting change; the last time around, he had missed his stop and had to be awakened. He had been abruptly disrupted from a dream that had taken him back to his farm; he was toiling hard but enjoying the rays of the sun searing through his bones.

Some months after his departure, his cousin took over the farm and immediately started doing well. No more blight; the farm was flourishing. He had wanted many times to pack up and return home, but Seetha wouldn’t have any of it.

“Whoever tell you I ready?”

He knew that she’d never be ready, but he didn’t tell her that.

“You could go, but I ain’t going behind you.”

Then she would break down in tears.

“Everybody is trying to leave, but you want to go back.”

Usually, when Seetha started crying, she would be terribly upset for a full week or so. It hurt his soul and made him feel like he was the cruelest person around.

After a week of sobbing, she would tell him about some lands somewhere and how they would get some soon.

Then he would be hopeful again, for he would imagine vast expanses of lands that rolled till they met the skies. In a way, they seem to beckon to him; they knew that he could work them in a way that no other man could.

“We need one with a farm house and electricity and water and two massive green houses. Wait, Ram, we have to be patient.”

He had been hearing the same thing for the past two years.

“Boy, is commercial farming we talking about.”

Over the next few months, things slowed down at Ramnarine’s job. The thought of being laid off worried him.

He had gas, food, rent and Seetha’s gym membership to pay for.

To make matters worse, he hadn’t been able to save one red cent.

It would help if Seetha found a job, but whenever she did, it never lasted.

It seemed that someone at work was always provoking her, or so she claimed.

Still, she was always buying a piece of clothing and never appeared to appreciate that they should be spending less and preparing for the rainy days to come.

(Next episode and opportunities to win on Wednesday)