Green Hill houses to be completed by year-end — Housing Minister 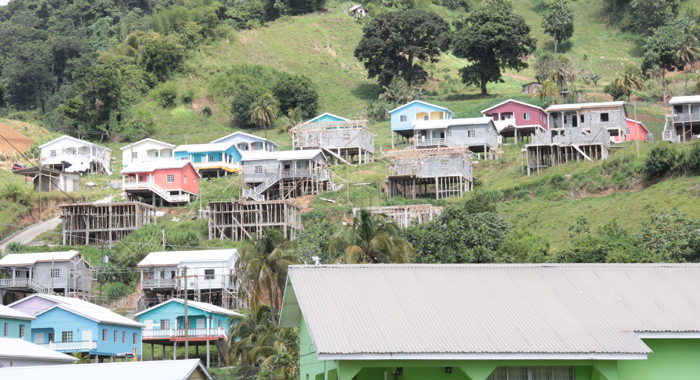 The houses being constructed at Green Hill under the government’s housing programme will be completed by year-end, 16 months later than scheduled.

Minister of Housing Montgomery Daniel told Parliament on Tuesday that the delay “is as a result of the flow of funds to the mainstream operations of the HLDC”.

Citizens have paid the state-owned Housing and Land Development Corporation (HLDC) to build their houses, the cost of which vary from EC$125,000 to just over EC$200,000, depending on their size and classification.

Twenty-seven houses are being constructed under the latest phase, including two- and three-bedroom low- and middle-income houses.

Daniel said that the contracted cost of the 27 houses is about EC$4.6 million

Responding to questions from MP for Central Kingstown, opposition lawmaker St. Clair Leacock, Daniel said that as of April 2015, the total sum required to complete the houses was EC$1.5 million.

He said some work has been done since April, thereby reducing the cost.

“All of the houses are expected to be completed by year-end, Mr. Speaker. It’s just last week at the Cabinet the Prime Minister … identified the required funding for the completion and so at the end of this year, all of the houses would be completed,” he said.

Last November, persons who are waiting to move into their houses at Green Hill complained to then manager of the HLDC, Elvis Charles

that they were finding it very difficult to meet their financial obligations as they are being forced to pay rent, in addition to the mortgage on the houses that they were yet to occupy.

“Mr. Charles, my landlord is waiting. Do you understand what I have to say? Today or tomorrow, [If] I am kicked out in the street, where do I have to go? Where does my child have to sleep? It is not my fault that I am still living in the people’s rent house. It is the fault of HLDC,” one woman told Elvis Charles in a meeting.

Both Charles and then chair of the HLDC, Beresford Phillips, who is the ruling Unity Labour Party’s candidate for Central Kingstown, have been removed from their positions at the HLDC.