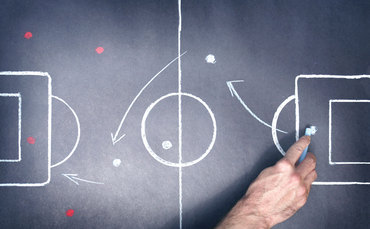 Something that all lawyers learn at an early stage in their careers is that the best form of defense is attack.

So when I see a lawyer who is a known and self-confessed liar offering un-confirmable explanations without being asked matching questions, I find that most unusual. But I also see that as a way of stopping real questions from being asked about the subject from thereon. This is something that sets alarm bells ringing in my head; something in my mind telling me there is something seriously wrong.

(He told us himself, “I sometimes tells lies”. Gonsalves himself also told us, “Show me a liar and I will show you a thief”. His recorded words not mine.)

I am, of course, referring to the statement made by the President of the Unity Labour Party, comrade Ralph Everard Gonsalves about the ULP headquarters, and then the NDP headquarters.

Gonsalves, talking about the ULP offices in a press conference, said, “Inside of this property, there is not one nail, not one tile, not one louvre, not one piece of galvanize or lumber or concrete which has come by way of the Government of St. Vincent and the Grenadines.”

Then launching into another matter that is irrelevant to the press conference and put up to sideline the journalists, he said, “I would like the leadership of the NDP to make such a declaration in relation to their headquarters and I invite them so to make it.”

This is the sleight of hand by Gonsalves that I described.

To ask about the NDP property is to move the discussion quickly sideways. It is quite simply the application of defense by pre-attack. Because now he can say “don’t ask me about our purchase of ‘Labour House. I have told you about that already, just tell us how ‘Democrat House’ was built; answer my questions on that”. So by doing what he did, it has closed the door for future questions on the subject by journalists and the opposition. Not that the journalists will ask questions beyond the press release, most are scared sh*tless by even the thought of doing that.

But I would still like to question the purchase of 15,000 square feet of land in a Kingstown commercial area where I believe the land prices are somewhere approaching EC$150 a square foot. So in my reckoning, the land value is EC$2.25 million. That does not include the buildings, which are worth a further EC$175,000. I do not know if the vendor was kind and gave them a special deal, but even if he did, the tax payable on the property is based on the actual value, not what they paid for it. Both the buyer and the seller have to pay the actual tax due, unless there is a tax concession for a political building like there is for a church. If that is so, even then, the actual share of the tax still applies to the vendor. If you sell your land for a dollar and it’s worth a million, you pay the tax on the million. As I said, this is my own reckoning and theory. Perhaps I am wrong, but I do not think so. We cannot rely on a valuation by the government evaluator because we already saw how they tried to swindle Marcus De Freitas with his land close by.

There has been a swindle going on for years with some crooked lawyers raising sale documents for lesser amounts to help the clients defraud the revenue. Of course, this is not what has gone on here,. I would never suggest such a thing, and, in this particular case, perhaps it’s simply a matter of achieving a great deal with the help of a very kind vendor.

I simply do not believe that there was a proper commercial mortgage by a proper commercial lender. I would need evidence of that. What has happened to the US$1 million dollars cash in the old crocus bag? […] But what gets me is bringing in two old men, both with one foot in the grave. You know the two that I am referring to. The pair of Black Knights that got a knighthood and a job for life for the help they gave in passing over the Saint Vincent Labour Party to a bunch of Marxist when they amalgamated with the MNU and called it the ULP — A White Knight to Black Knight situation. Yes it’s the all singing all dancing Vincentian minstrel duo Louis and Vincent. But having given it some thought I suppose when they kick the bucket it will leave the family dynasty duo in charge of the property, so I wondered if that was just a coincidence or if it was part of a plan?

Comrade, have you ever heard the saying “He is too clever for his own good?” That’s what I apply to you whenever I am faced with matters such as this.

It may be time for ULP supporters to re-evaluate news reports, and the words from Ralph E. Gonsalves, and see that there may be some “truth” — value, substance, understanding — in what the other side is saying, what the NDP is saying, a truth that they have failed to see before, or have seen previously, but only “through a murky window of disrespect and hatred created by Gonsalves and his family dynasty.” The ULP supporters must work diligently to overcome the limits of their pre-conceived ideas about the NDP, learn to identify where their own prejudices and presuppositions are really inhibiting their view of what may in fact be a happening — NDP truth in action. This is SVG’s challenge today in response to the volumes of untrue propaganda being hurled in every direction about Eustace and the NDP by Gonsalves and his family dynasty propaganda machine.

Nasty ULP Propaganda works because it feeds into and off of the ULP supporters pre-understanding. It is self-validating and self-reinforcing. They must learn to see how that process is working to convince, indeed reconstruct, their view of events. Given their philosophical position here, however, I will not suggest that there is some purely objective interpretation of events that can be given to them. There is no strictly objective view but only variations on a theme of hate, spite and malice. Still, ULP supporters must try to hear the other side; not because they are “right” but because they may be listening all-too-absentmindedly, all-too-brainwashedly, to the pre-conscious narrative playing continuously on autopilot in their heads, set there by Gonsalves and his family dynasty. But, more importantly, it is now the Vincentian narrative, ULP propaganda, the vicious and vociferous rhetoric currently coming from Gonsalves and his family dynasty — burdened by such profound prejudice and presuppositions — that is creating this vast amount of Vincentian static, a horror that is inching all of us ever closer to a Marxist ALBA style rule. What a shame if we allow it to continue! Time to send the comrade back to Cuba where he was created and modelled in the Scientific Socialist mould.

As someone said to me in High Wycombe a few weeks ago “Saint Vincent and the Grenadines is a wonderful country, it’s just run by the wrong people.” Thank you High Wycombe for that insight and intelligent analogy of a dastardly situation.

3 replies on “Gonsalves shows attack is the best defence”