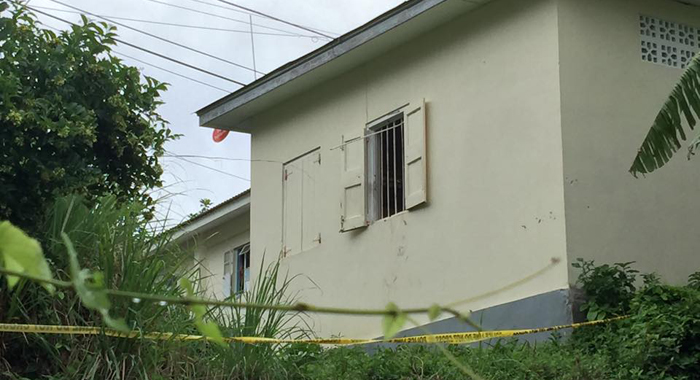 The Chateubelair Post Office was burglarised Tuesday night and the vault stolen.

The Chateaubelair Post Office was burglarised Tuesday night and the vault stolen in a crime that has residents questioning the functioning of police in the North Leeward town.

Reports reaching I-Witness News are that a resident saw three persons acting suspiciously near the post office around 1 a.m. and telephoned the police station, located nearby, but no one answered.

It is not clear if the vault contained any cash but there is a money transfer outlet at the post office.

The Police Public Relations Department confirmed the crime but told I-Witness News they do not normally report burglaries to the media until an arrest is made.

However, sources in the North Leeward town say that the burglars are believed to have arrived by a small rowboat that they abandoned on the beach and left using another boat that they stole from among those anchored in the bay.

This is the third vault to be stolen during a burglary in St. Vincent and the Grenadines in recent times.

On the last weekend in August, EC$43,648.96 was stolen in a vault at the Community College.

Three persons, two men and one woman, have been charged with that crime.

Separately, three men have been charged jointly with burglarising General Hardware Supplies and stealing one vault, valued at EC$23,000, containing cheques, jewellery and cash to a total value of EC$88,864, stolen at Arnos Vale, between Sept. 13 and 14.