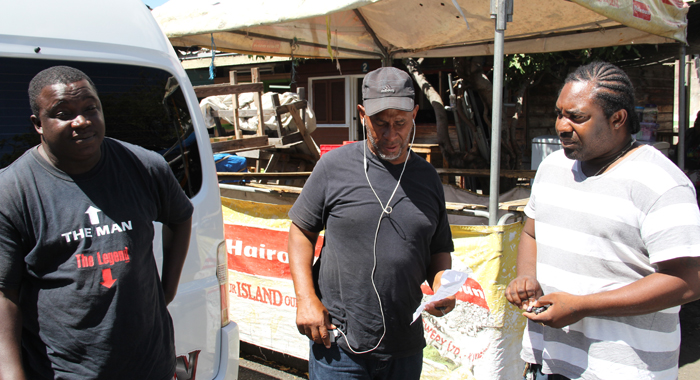 The National Omnibus Association (NOBA) on Thursday decided not to strike on Monday — as it had planned — after the government agreed to meet its demands for better roads and an express route of Kingstown to eastern St. Vincent, NOBA president Anthony “Code Red” Bacchus says.

“All our demands are met, everything is documented on paper. We are no longer striking because all the demands are met by the government,” Bacchus told I-Witness News on Friday.

The government has agreed to allow minibuses to leave Kingstown via the Town Hill-Cane Garden route between 4 p.m. and 6 p.m.

NOBA says this will reduce traffic congestion and the amount of time that commuters spend waiting for transportation.

“They are repairing Cane Garden because one of the demands [was that] the vans would be able to go over Cane Garden and get out the rush-hour traffic,” Bacchus told I-Witness News.

He further said that the government has decided to adopt NOBA’s proposal for improving the public transportation system, which is privately operated.

“The proposal is for betterment of transportation in St. Vincent and the Grenadines for the travelling public. Basically, it involves all the complaints of the travelling public: loud music, drinking and driving, line-up, sit down, zoning and so forth. They are going to approve it. The only thing they cannot do is tell everybody they have to sign up with the Transport Board and the Minibus Association, they don’t have any law to enforce that,” Bacchus said.

Meanwhile, the Teachers’ Union and the Public Service Union have announced that they will strike on Tuesday in an effort to get the government to meet its demands for a one-month, tax-free salary payment in lieu of salary increases since 2011.