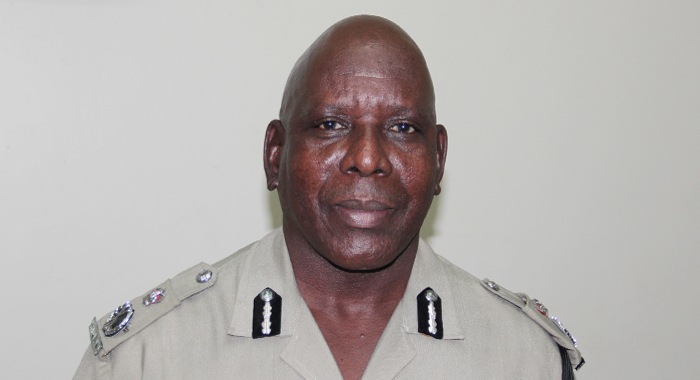 Address to the Nation to mark the 36th Anniversary of Independence

In the words of Kenneth “Vibrating Scakes” Alleyne “Independence is a milestone in our march to prosperity, now St. Vincent and the Grenadines have a real nationality, we are a nation of many races and have tried hard to integrate, the strength of so many faces shall be the prospect of our faith. Now in this moment of history, tell it in every community, our nation is born….”

Fellow Vincentians, it has been thirty six (36) years since this iconic nation building song was sung but it has never lost is essence neither the nostalgic feeling that it brings to its listeners. Indeed, ours is a nation of faith, strength and resilience; that is why we as a people have been able to withstand the many challenges that we face daily – be it, social, economic, spiritual or criminal. But as our national anthem assures “what e’re the future brings, our faith will see us through”.

As St. Vincent and the Grenadines’ seventh (7) Commissioner of Police since independence, I wish to salute all of my predecessors both pre and post independence for their unwavering service in ensuring the national security and safety in this country. Mahatma Ghandi, that great Civil Rights Leader puts it best when he said “the best way to find yourself is to lose yourself in the service of others”. All of these distinguished gentlemen have made their contribution to this nation in one way or the other by offering selfless and dedicated service over the past decades. And building on the foundation that was laid by my predecessors, the Police Force continues to evolve and transform itself into an institution of service to the people of this beautiful country.

My fellow citizens, the Police Force is on a trajectory of modernization; we can now boast of having an IT Unit, an in-house Forensic Psychologist and a functioning Sexual Offences Unit among others. We are living in the age of Information Communication Technology (ICT) therefore; the Police Force must have officers with these and other skills-set in order to successfully solve crimes, especially the more sophisticated ones. That is why there is an on-going training program in place in the organization to ensure that officers receive the requisite training for the task at hand.

Training is a very critical component of the Police Force. During the period under review, some officers received training regionally, internationally and locally in the areas of Combating Human Trafficking, Investigating Sexual Offences and Crime Scene Management among others. In September, twenty five (25) Police Officers graduated from the Crime Scene Responders Course which was held the Old Montrose Police Training School and was facilitated by the Regional Security System Training Institute. As Commissioner I am very pleased that so many officers had the opportunity to be trained at the same time.

Despite the challenges that we face from time to time, fellow citizens, St. Vincent and the Grenadines still remains one of the most peaceful countries in the English Speaking Caribbean. Consequently, I congratulate you most sincerely my fellow citizens for your role ensuring that calm supersedes chaos by working along side and sharing vital information with the Police; the Police absolutely cannot function without your co-operation. Historically, you have been our ‘eyes’ and ‘ears’ and I implore you to continue so to be.

I therefore call on every citizen to rebuff all acts of criminality by reporting such incidents to the Police who will deal with them in the most efficacious manner. No matter what section of the society you are from, you can make a difference in assisting in the maintenance of peace and security in our country by striving to be a law-abiding citizen.

Crime is a worrisome issue for all of us. No one is more concerned than I am whenever one criminal act is perpetrated against someone. However, it will take the persistent effort and co-operation of all law-abiding citizens, governmental and non-governmental organizations to successfully deal with the issue of crime in our society. Notwithstanding an upsurge in gun-related and other categories of crimes, my fellow citizen, crimes are trending downwards generally. A comparative analysis of crimes reported for current period with the similar period of 2014 shows a decrease in the overall crime rate in the country. Consequently, I wish to applaud the crime prevention efforts of members from both the constabulary and the general public who have contributed to this decrease. Moreover, during the period under the review, the Police Force successfully held two (2) Crime Prevention Exhibitions in front of Central Police Station and two (2) Crime Prevention Road Shows to ‘Leeward’ and Windward side of the Island to sensitize the public on issues relating to phenomenon of crime.

Fellow citizens, St. Vincent and the Grenadines is a parliamentary democracy which functions under the British Westminster System. Under this system, general elections must be held every five years. Constitutionally, general elections in St. Vincent and the Grenadines are due by March 28, 2016; and given the current political environment in the country, the inference can be drawn that Vincentians can be called upon at anytime to exercise their constitutional right of “one man one vote”.

Fellow Vincentians, it is well established in this and other hemispheres that during election period, unnecessary acts of violence sometimes infiltrate what generally should always be a peaceful process. As Commissioner of Police, I entreat every citizen to desist from all acts of violence before, during and after the general elections. I wish to also give the assurance that Royal St. Vincent and the Grenadines Police Force, the primary law enforcement agency in the country will make every effort to ensure that the elections are held in a peaceful manner.

As I conclude, I want to thank the men and women of the Royal St. Vincent and the Grenadines Police Force for their commitment and service to nation building; yours is a job that many would never seek after but you have. I commend you for making that tough but important decision. I also wish to thank your families for supporting for their support as well. Finally, to the general public, thank you again for partnering with us to keep our communities safe. I gave you the assurance that this partnership will continue to blossom as we forge ahead together with one objective to stamp out criminality in this blessed land. Happy Independence to all; Thank you