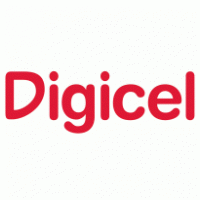 The warning has come in a letter that has been dispatched to Digicel’s managers in all five ECTEL member states, namely Dominica, Grenada, St. Kitts and Nevis, St. Lucia, and St. Vincent and the Grenadines.

The article says Digicel intends to deploy an ad control technology at the network level across the globe, “to improve customer experience and encourage major international companies such as Google, Facebook and Yahoo to help connect 4.2 billion unconnected people.”

“Whilst the Eastern Caribbean Telecommunications Authority (ECTEL) is desirous of improving the experience of customers using the Internet and increasing penetration for broadband services in its Member States, the regulatory body strongly opposes the method being proposed by Digicel to achieve this objective,” ECTEL said in a statement on the weekend.

The letter sent to the Digicel officials, reiterates ECTEL’s position on net neutrality which states that service providers should treat all data on the Internet the same, not intercepting, interrupting, blocking, degrading, discriminating or charging differentially, by user, content, site, platform, application, type of attached equipment, mode of communication or source or destination of communication.

“Interception of any communication without the consent of the receiving party breaches the Telecommunications Act and amounts to a breach of the operator’s licence,” ETECL said.

“ECTEL is therefore advising Digicel to adhere to the stated principles of net neutrality and to refrain from deploying its ad control technology within ECTEL Member States.

“ECTEL remains committed to promoting the up-take of broadband in its Member States and is of the view that the implementation of this technology by Digicel will hinder the growth, usage and deployment of broadband,” the regulator said in a statement.