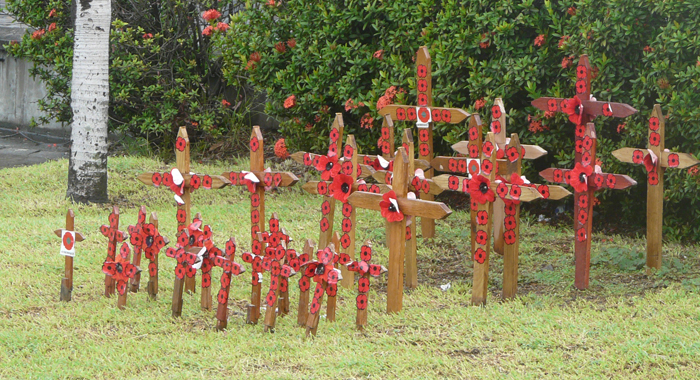 The service and sacrifices made by several Vincentians during the First and Second World Wars were recalled at the Annual Remembrance Day Parade in Kingstown on Sunday.

Among those in attendance were local dignitaries, members of the clergy, the high court and the diplomatic corp.

Remembrance Day was first observed in 1919 throughout the British Commonwealth and was originally called “Armistice Day” to commemorate the agreement that ended the First World War on Nov. 11, 1918, at 11 a.m. — on the 11th hour of the 11th day of the 11th month.