‘Four in a row’ — A tragedy unfolding 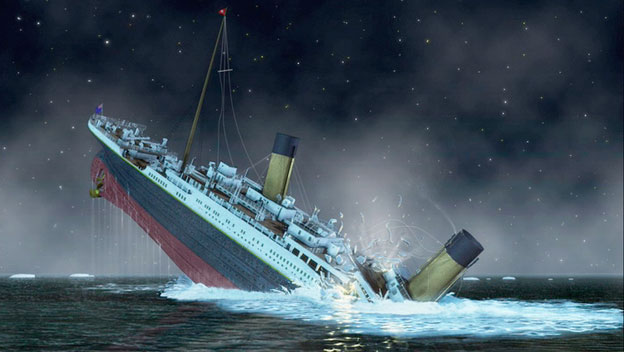 Voting for the Unity Labour Party (ULP) “Four in a row,” is a catastrophe waiting to unfold.

Rewinding to 2001, the country had desperately needed a change and the masses acted accordingly. Now, we’ve seen the results of such impulsive action — a daunting economy, dead agriculture industry, chronic health system, declining tourism sector, worsening poverty rates, exorbitant unemployment and ridiculous austerity measures among other dreaded setbacks. Today, SVG is at a similar junction where the country is hopeless and reaching out again to that little word called “change”.

For me, the only hope is to remove the current regime and vote the New Democratic Party (NDP) — the party that seemed to have the ability and capacity to bring hope and change to the people of SVG with a conspicuous manifesto that appears to have all the fixes to mend the leak holes created by the incompetence of the worthless incumbent.

For many, the sheer extravagance of the ULP’s demise lolls at the heart of the party’s backward style of governance, lack of economic performance and its narrow-minded political sentiments. In Vincentian society, this has always been a narrative of superlatives; a party so grand, yet, sinking so deep. For others, the fascination of the incumbent party begins and ends with the people on board. It took voters three terms to realise that this government is submerging.

Fast-forwarding to 12:01 a.m. on Thursday 10 December, 2015, if the ULP regains governance over the state, St Vincent and the Grenadines (SVG) will disappear beneath the waves of Ralph’s political dynasty, is expecting to take the vast majority of the country with it.

Moving forward, the ULP’s regime is like a sinking ship and the catchphrase “Four in a row” can be likened to the Titanic, the British passenger liner that sank 375 miles south of Newfoundland on 15April, 1912 — 4 days into its maiden voyage, a catastrophic event that claimed many lives lives and much wealth.

According to some hypothesis, from the start, the Titanic was deemed to have encountered an unfortunate and inescapable outcome from the design that so many lauded as state-of-the-art. So it was, at the beginning of the Unity Labour Party’s rule. The current leader burnished the system until he reflects a brighter future for all Vincentians — so carefully designed that the masses were convinced — by a creature who is addictive to Communist principles, labelled as an extremist to democracy. As Captain Edward Smith did not see the iceberg ahead the Titanic, so were Vincentians in 2001, when they made the impulsive decision and voted Ralph Gonsalves and his Cabinet into power.

Momentarily, Captain Edward Smith finally detected the iceberg. However, historic investigation and survivors’ stories tell us that by the time the bridge was informed, it was too late for the Titanic to get away from the obstacle. Subsequently, the ship collided with the iceberg and hours after sank two miles into the North Atlantic Ocean, killing more than half of its passengers and crew. So it would be, if Vincentians vote “Four in a row.”

In the meantime, the government’s decision to destroy the agriculture sector, the backbone of the country’s economy, and in the process has dismantled many jobs, businesses and incomes, and the government’s failure and inability to introduce new industries, have paralysed SVG. Meanwhile, the mismanagement of funds, corruption, machine politics and partisanship have caused further paralysis.

In other words, the Titanic was destroyed by an iceberg on the fourth day of the maiden voyage, so would SVG be hit by a political crisis and the same way many people perished in the adversity, so would many Vincentians, if they do not heed the warning signs of Ralph’s political mantra, “four in a row”.

Analyse your current environment and take heed. Labour voters are encouraged to start jumping off the ULP’s sinking ship and come aboard the NDP lifeboats floating alongside the ULP’s plunging vessel.

A lesson learnt from the passengers and crew who perished in the Titanic misadventure is that those who survived were the ones who had jumped off the sinking ship, carried aboard the 20 lifeboats, which were provided before the ship went under. In my view, the NDP has come to terms with the dire needs of Vincentians and ready to implement its plans on 10 December 2015 once you give them your votes. They have a rescue operation clearly defined in the party’s manifesto — operations that will emulate good governance, reinvigorate the tourism sector and revitalize the agriculture industry and in so doing will facilitate infrastructural development, create jobs and alleviate poverty among other eco-political benefits to be dispersed across the populace.

After analysing the status quo, I foresee the mishaps associated with “Four in a row!”

The wrecks doze in twilight, a puzzlement of decayed infrastructural development strewn across the length and breadth of SVG and the lifeless organisms, unfazed by the crushing pressures of a government that isolates its opposition and even its supporters who they cannot accommodate.

Henceforth, if this is what voters want, then they are encouraged to vote for “Four in a row” and subject themselves to corruption, political victimization, derogatory names and placed on the backburner. If you want to be given building materials once every five years, live in an environment where you have to be dependent on the government, an environment where no job exists or be given a road work every November and placed on the YES programme for $400 monthly, then vote for “Four in a row.”

Similarly, if you enjoy living in a divided society where everything has to be “red”, an environment that does not support and facilitate social and infrastructural development and a domain that only reinforces partisan politics, then vote for “Four in a row”.

My people, if you favour a locale reigned by political instability, a daunting economy and life succumbed to the bending rules of dictatorship; coupled with, a regimes full of empty promises, like the modern city at Arnos Vale, tunnel under Cane Garden, national stadium, sea defences and other idle pledges, then go for it – “Four in a row.” As a matter of fact, if you proffer a government incapable of completing projects, like the airport, cross-country road, the Leeward road and the Georgetown hospital — go ahead Vincentians! Vote for “Four in a row.”

You’ve been warned! The masses voted for the ULP regime and only family members and “The chosen few” are given opportunities and recognised. The rest of us are only being remembered now, because elections are moments away.

Vincentians, you think life in SVG is hard now? Give the Communist and his companions “Four in a row”.

In addition to a number of management factors, for me, those 14-plus years were punishment for all the years the country rejected the comrade at the polls, which prevented him from participating in the political arena for a painstakingly long period of time.

Voters, as the hoarseness of my voice gets worse, I urge you to relive the harshness of this regime. Then look ahead and notice the iceberg approaching and the increasing vivid pictures of the wreck. Jump off the “red” ship. If you stick with “Four in a row,” SVG will collide, break in two and sink deep beneath, and inevitably we all will drown.

Torture in a row! I meant, “Four in a row”, is a political disaster ready to unravel.