Ever heard of Gennifer Flowers? 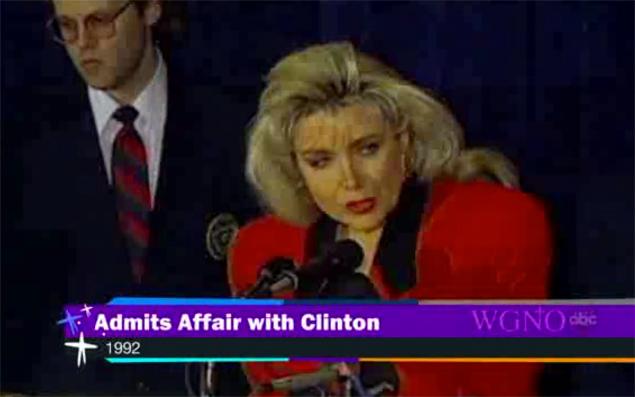 We’ve all heard of Bill Clinton. He’s the former American president and husband of Hillary who was one of the best American presidents in modern times. He generated millions of new jobs, and left the United States Treasury flush with cash and a booming economy. He is seen the world over as a great president.

Bill Clinton wasn’t what anyone would claim to be a paragon of moral virtue, but, I don’t think anyone in the Caribbean, the United States or around the world would say that he was anything short of a great president.

If America had been so aghast at Bill Clinton’s personal failings that they denied him the presidency, they would’ve denied themselves a president that created millions of jobs and a booming economy. That would’ve been a travesty for the global economy.

The NDP has run one of the nastiest, dirtiest and most divisive campaigns in our country’s history. The people of SVG deserve better than innuendos, rumours, personal allegations and attacks. The people deserve a plan and a vision for the country. The NDP offers a cryptic and vacuous manifesto that talks much about “reviewing” things and, sometimes hints at their true plans.

Ahhh, you missed it didn’t you? The dreaded AUSTERITY word. Don’t know what that means? It means deep and dangerous cuts. It means if you have a job in government, your job is on the line. In Barbados, austerity has meant thousands of people getting fired. It’s meant thousands more getting their benefits cut. It’s meant a lot of suffering for families. And, Eustace used that dreaded word in his manifesto.

When you go to the polls, you need to ask yourself — what would the United States be like if they cast aside Bill Clinton because of Gennifer Flowers’ allegations? And, are you ready to cast aside a leader that has protected jobs and opportunity and transformed our society just because some allegations about an alleged personal failing surfaced? We as Vincentians must send a strong message to the NDP that the tactics of dirt and deceit have no place in our politics. We must tell them with our X that we prefer a politics based on ideas, vision and hope to one that wallows in the gutter. On Dec. 9, don’t let the politics of hate win. Don’t turn your back on a leader who has delivered so much and who has so much more to do. You know what to do — cast your X solidly next to the star.

3 replies on “Ever heard of Gennifer Flowers?”