Rodan John has been brainwashed 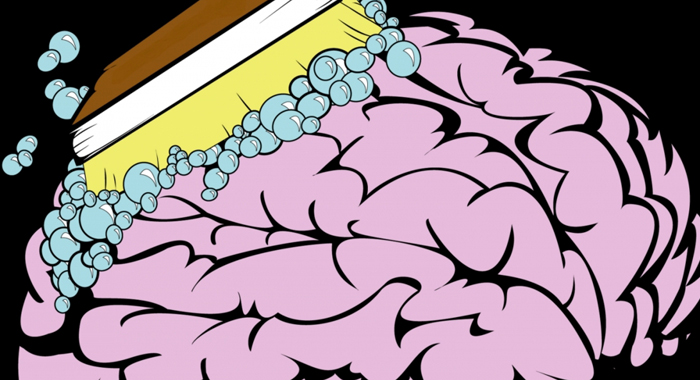 Rodan John, you have been brainwashed by a party and its leader who have deposited more filth and lies on the heads of Vincentians during the last 14 years than ever in the history of SVG.

I noticed on twitter that you describe yourself as an “ambassador for Jesus Christ” yet the very man that you support and follow once wrote on the blackboard at the Christian Brothers School at Georgetown something scurrilous about Christianity.

Your accusation that the NDP has gone off the rails is so absurd that it makes you look like a simpleton.

Were the rape and sexual molestation charges and accusations unreal? Can Gonsalves go to Canada? Will he go to Canada?

Man, you’re sick. You have a leader who has had so many accusations of sexual assault of one kind or another by women against him.

Now, there are the sex phone tapes, which are bringing further public uproar by some Church leaders and decent people. Those, including myself, who have heard those tapes, are convinced of who the male voice belongs to. Of course, they must be at some time analysed to prove me right or wrong.

Has Isis Gonsalves has been thrown into the political ring by her father? He has been working hard to create a family dynasty to not just rule the country but to own the country as his family plantation. Ralph Gonsalves threw Isis and storm into the fray; they have been introduced into politics, so mentioning their names is fair game now. Isis is a grown woman. She has been given a position at a state agency. How many young Vincentians were offered the same opportunities? Remember her half brother, Camillo, leapfrogged over hundreds of young Vincentians who had as good or better education than him, into the position he is today. Many young politicians will take second, third or fourth place behind him, when, of right, they were first second and third. Millo, as his father calls him, has been given an unfair advantage over young professionals, and he was not even born here; he was born an American of Ralph’s first wife, Sonia, who was born a Jamaican. But the family dynasty must succeed. It’s a Francis thing also — the name of Ralph’s mother, hence Julian the unelected unelectable cousin.

When Isis recently appeared on a TV, advert in support of her father, she was obviously reading from a script and wasn’t very good at it — looked like a terrified rabbit. Who wrote that script, was it her father or his press secretary? She accused the NDP of making all these accusations against her father but the NDP are only doing what her own father would do, using information that comes from those who claim to be wronged by him. It’s not the NDP’s accusations; it’s the NDP voicing the accusations made by others.

The NDP’s campaign has not gone off the rails they have always advocated “get rid of him”.

You claim Leacock and Ms Eustace have tried to create racial animosity without quoting what they said, when they said it or where they said it.

Yesterday, I toured the island looking at the new ULP billboards and actually laughed out loud when I saw that Ralph Gonsalves has had a face-lift and has been turned into a black man with semi negroid attributes. They have removed his jowls and wrinkles, barbered his beard, given him a new set of teeth, altered his lips and nostrils and coloured him the same colour as the black men on the posters. We know in the past he has described himself the blackest man in St. Vincent but this has taken it too far, it is now actually a gross insult to all real black people.

You see when people speak the truth about people it is done to inform those that follow them that they may be taking the wrong path. For instance I and others have often referred to the Portuguese family from Madeira and in particular Antonio Gonsalves who captured the first nine African men on the West African coast to use as slaves by the Portuguese. It followed some years later that from that Portuguese nation the Atlantic slave trade was created. Then it was proven that the Straker family in St. Vincent kept slaves when Nanny Straker, a black woman gifted through the Kingstown court a slave and child to her daughter. Now these are not stories they are recorded and documented historical facts, which, if the boot was on the other foot, the ULP would politically slaughter those NDP with such a background.

It’s no good dismissing these matters because when you relate reparations to the British you must put the Gonsalves and the Strakers in the equation along with the Portuguese and Spanish. They hate it when I and others repeat those historical facts, because they are unwilling or unable to apologize to the descendants of slaves throughout the Caribbean and the Americas. They ask the British and the French for reparations but in fact are worse than them because they are here and now and doing and saying nothing about their own predecessor’s behavior, all be it that they knew about it without being told by me.

The NDP have never made a case for the degradation of women that is simply a lie on your part. In fact, if you analyze the situation, Arnhim Eustace or none of the NDP candidates have ever been accused or charged with rape or had any sexual allegations against them. And I am sorry to say your granny didn’t tell you the truth about Arnhim Eustace she must have had a lapse of memory. It is well documented that the old folk actually hated Ralph Gonsalves; there is plenty of evidence of that in the columns of the Vincentian Newspaper of 1979 (which I have).

St. Vincent and the Grenadines deserves better from you Rodan John, you have been misled and have attempted to mislead, and you should look again at the truth. And, while few of the ULP fervent supporters understand the truth, it is clear that in this campaign that it is not Labour Love that should be looked at but what has been ladled out to people, Labour hatred and spite loaded with malice and contempt for the legal system. Treatment of the Port Police, the Irrigation Workers, Bigger Bigs, Marcus De Freitas, and many, many others. The ULP political leadership has truly failed with the country bankrupt and no jobs, with the actual prospect of several large firms closing after Christmas. Sixty-one land owners at Argyle still not paid for their lands eight years after it was due, a million US dollars cash in a bag, ULP family and friends going to the bank to deposit large sums of US dollars cash into their accounts. And Rodan John none of that is lies; it is long recorded as the truth.

Rodan as a self-declared Ambassador for Christ, you must ask yourself why you praise and worship Ralph Gonsalves one of the Caribbean’s most prolific liars, a self confessed liar at that. A man who also has a string of allegations against him of a sexual nature by women.

As an Ambassador for Christ, you Rodan must also remain truthful in thought word and deed.

3 replies on “Rodan John has been brainwashed”