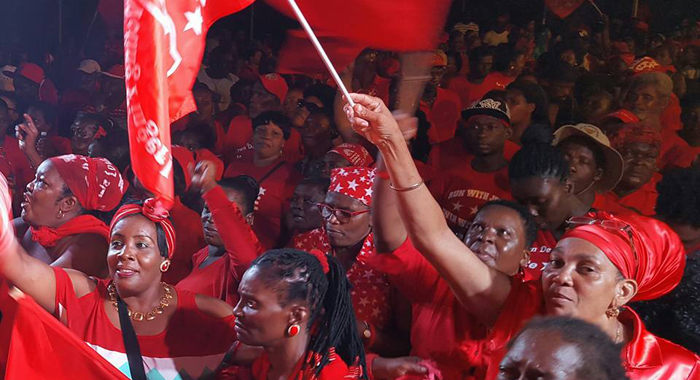 The ruling Unity Labour Party on Tuesday accused the main opposition New Democratic Party of using the threat of jail time for people who are lawfully registered, in an attempt “to undermine our democratic institutions and the people’s right to choose their own government.

The are hereby requesting the Attorney General and the Commissioner of Police to investigate the New Democratic Party’s threats to voters under Section 46 of the Representation of the People’s Act and all other relevant law. According to that section, any individual or organization that engages in ‘restraint’ or ‘threatens to inflict damage, harm or loss against any person in order to induce or compel such person to vote or refrain from voting’ faces jail,” the ULP said in a statement.

“Let us be clear: if you are on the voters’ list and you have a photo identification, you are legally entitled to cast a ballot in tomorrow’s general election. Voting is sacred to democracies,” the party said.

It said that all around the world, people have suffered and died to earn the right to vote and urged voters not to allow “Eustace and an NDP desperate to gain power by whatever means necessary intimidate you from exercising your legal rights.”

The party said it will be writing to the various election observation missions currently in St. Vincent and the Grenadines and notify them that the NDP “is attempting to intimidate lawfully registered voters just because they do not support their party”.