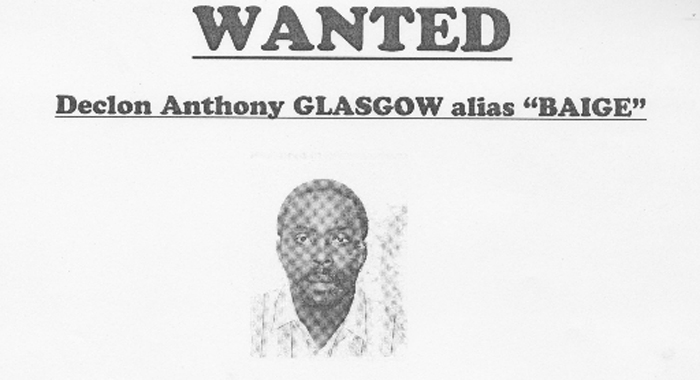 Police have issued a wanted noted for a Barbadian national in connection with a murder in St. Vincent on Boxing Day.

He is 34 years old, dark brown in complexion, 5 feet 7 inches tall, of medium built with a long face and thick lips.

Glasgow has a tattoo on his right arm, police say.

Calls will be treated with strict confidentiality, police say.

Police are investigating the circumstances surrounding the death of O’Javi Hooper, a 20-year-old labourer of South Rivers who died sometime after 9 p.m. Boxing Day, after being shot.

He sustained a gunshot wound to the left side of his back.