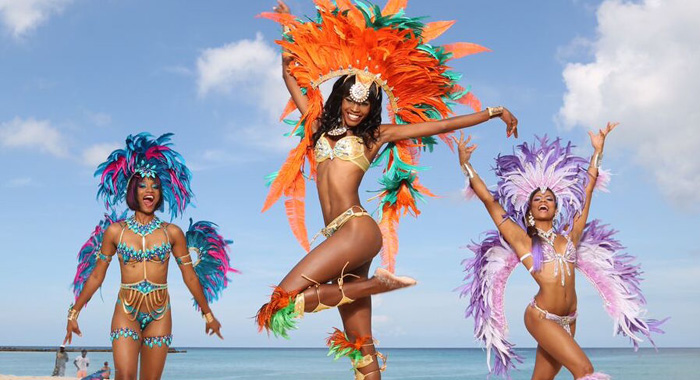 The Grenadian born model, who is 19 years old and 6 feet tall, has been modelling for a number of years and began making her dreams a reality by signing with a modelling agency in Grenada, where, she was able to hone her skills and build her confidence.

Doyle is strong willed, joyful and spontaneous, and in her spare time she enjoys fishing, hiking, reading and writing. As winner of Caribbean’s Next Top Model Cycle 2, Doyle will be awarded US$25,000 in cash, an international modelling agency contract with Mint Model Management NY, a cover feature and editorial in SHE magazine, an iPhone with three months of free calls up to US$500 per month, a digital painting by Tani Kunitake of Cyber Blue Productions, which will be featured in the graphic story book for the film “Cerulean” by Tani Kunitake shot by Pedro Virgil Photography, and an invitation for a walk-on role in the film “Cerulean”.

“Flow is extremely proud of Kittisha Doyle and we congratulate her on this “early New Year’s” gift, said John Reid, President of Flow.

“The show brought a lot of excitement and competition, even among employees in the different islands that the models represented. We were especially happy to see the growth of the models from the first episode to the finale, and we wish all of the contestants a bright future as they continue to pursue their dreams.” The entire cycle of Caribbean’s Next Top Model was aired on Flow TV on Monday nights as customers were able to watch the show five days in advance of Free to Air. Viewers can also access the show via Video on Demand and the Flow-to-Go App.

The series follows the stories of aspiring young women seeking to launch a career in the competitive world of modelling.