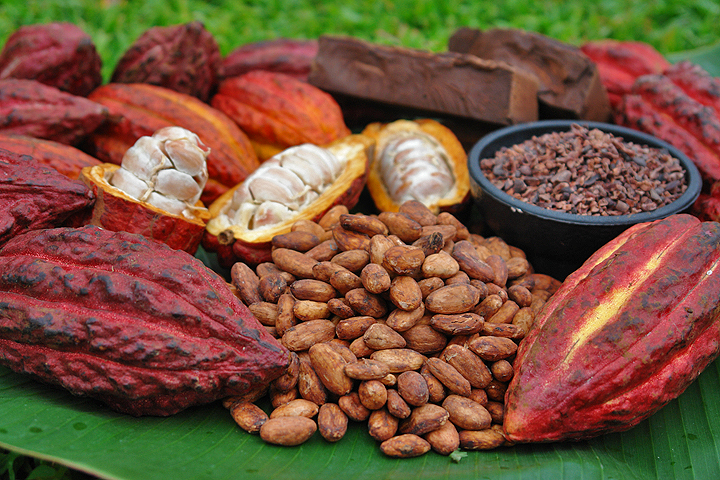 The St. Vincent Cocoa Company says it would like to access state lands to plant more cocoa as the St. Vincent Chocolate Company moves into the production of chocolate bars locally.

Speaking at an event in late December at which the chocolate bars were launched, Harry Marriott, chair of the St. Vincent Chocolate Company said that as he understands it, barely 20 per cent of arable lands in St. Vincent are under cultivation.

“But I understand the issues. They are sensitive. But there is a big untapped potential out there,” he said.

Marriott said the Cocoa Company is buying its own lands and planted 100 acres of cocoa in 2015 and will be buying land for the foreseeable future to boost cocoa production.

“There are many thousands of acres of Crown land lying completely fallow. So we have made a formal request to the Government to fulfil its promise made when we took over the company to lease us land. Hopefully, Cabinet approval will be forthcoming soon — I am very confident.”

The St. Vincent Cocoa Company took over from Amajaro, when the latter pulled out of the country in late 2014, after about three years because significantly fewer acres of cocoa had been planted than anticipated.

Marriott told reporters that his company’s investment in increased acreage of cocoa “will provide a welcome boost to the industry as well as well as provide jobs for many people where they desperately need it in the rural communities, the poorest people in the country. That’s what we need to do.

“I can assure you that stories of our demise — past, present and future — are grossly exaggerated.”

Speaking to reporters at the same event, Minister of Agriculture, Saboto Caesar said that the Cocoa Company has invested significant sums of money in rehabilitating some 600 acres of cocoa plantations.

He noted that the company intends to purchase land from the private sector and noted the request to access state lands.

“And it is something that has to be decided mainly by the Ministry of Lands and Surveys. So the due diligence will have to be done, environmental assessments will have to be done on the parcels of lands and we will be in contact with them in due course,” Caesar said.

He, however, contended that more than 20 per cent of the arable lands in the country are under cultivation.

“I am not going to go with that 20 per cent,” Caesar said, noting that SVG has 18,000 acres of land available for farming.

“We have far more than 20 per cent of our arable lands under cultivation. It is more in the tune of 60 per cent. We have in the aftermath in the heyday of the bananas – 1992 — stopped farming very high and close to the watershed areas. We have come down from the 1,000 contour and we are farming now in more areas that are low-lying. With more cocoa production, we intend to move closer up to those areas that were once farmed with bananas,” Caesar said.

He told reporters that the government intends to begin a programme to cultivate 3,000 acres of bananas and has signed an agreement with an investor from the UK to establish some 2,000 acres of coffee in SVG.

“So, it is not only cocoa, we are also looking at coffee as a very important crop going forward…

“I am certain that when we have the opening of the Argyle International Airport, we are going to see the sovereign shops stock locally made chocolate bars.

One reply on “Company wants more land to plant cocoa”