Leading NDP ‘is just not my ambition’ — Jules 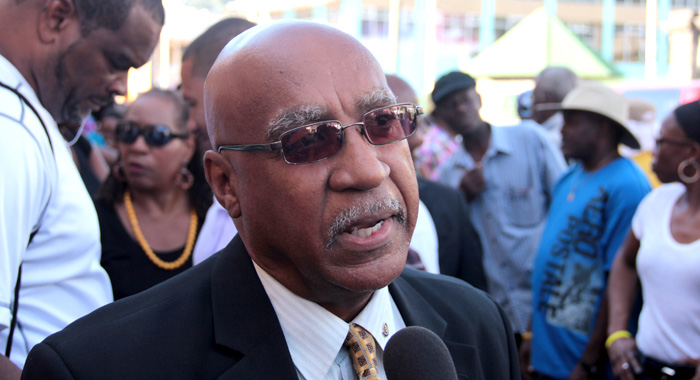 Newly appointed opposition senator, Jules Ferdinand, says he does not aspire to be head of his party, the main opposition New Democratic Party.

“It is not something that I aspire to and sometimes when I say that, people get annoyed with me, but it is just not my ambition.

“My ambition is to serve best I can. I mean opportunities will arise from time to time, we will see what happens. But, from me, from Jules, that is not part of my agenda,” Ferdinand told iWitness News before being sworn in as a senator last week.

Senator Ferdinand was among the eight NDP candidates who failed to win their seats in the Dec. 9 general election.

He was unsuccessful in his bid to unseat the ruling Unity Labour Party’s Cecil “Wes” McKie in West St. George.

It is the fourth consecutive election that the NDP is losing after being voted out of office in 2001, after 17 years at the helm.

Political observers say that the party must select a new leader to replace 71-year-old Arnhim Eustace, who has been at the helm since 2000, and restructure, if it is to remain relevant.

“Personally, I think the party will regroup. I think when we look at the fact that we have been able to attract a competent senator in Miss Barnwell, and I like to emphasise the competence rather than the gender,” he said of lawyer Shirlan “Zita” Barnwell, who was appointed as an opposition senator, to the surprise of many.

But iWitness News noted that some have said that Barnwell was offered the senatorial position under duress because some persons felt it was important to have a female on the opposition benches.

“I am not aware that that is the situation. I am not aware that she was offered it under duress. I know you will have some persons who will jump on the gender issue and say, ‘Oh, well, she is there because she is a female.’ While that may be so in the minds of some people, it is not so in my mind. In my mind, we need to focus on the competence and the character and let that overshadow the gender,” Ferdinand said.