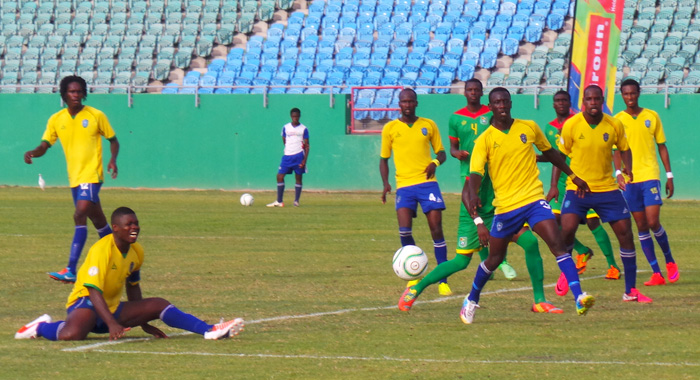 Last Thursday, a judgement handed down by sole Arbitrator, professor and lawyer Luigi Fumagalli of Milan Italy, was delivered to the SVGFF, outlining the substance of the ruling.

The Guyanese lodged a complaint with FIFA in June last year claiming that the SVGFF had used an ineligible player, Gavin James, when the two teams met in a Russia 2018 World Cup Qualifier in Guyana on June 14.

The GFF then followed up with an appeal to FIFA’s Appeals Committee but was once again notified that it was not a party to the relevant proceedings and would, therefore, not be eligible to appeal.

FIFA further added that an appeal was lodged against a letter issued on July 29 by the FIFA Disciplinary Committee and not against a decision of the Committee.

The Guyana Football Federation (GFF) then took its case against FIFA and the SVGFF to the CAS on the eligibility of UK–based James.

Through attorney-at-law Sanjeev J. Datadin, the GFF filed an appeal to the Court of Arbitration for Sport in Lausanne, Switzerland in September.

The GFF was contending that James was not the holder of a St. Vincent and the Grenadines passport at the time the game was played as was required by Article 19(3) of the 2018 FIFA World Cup Russia Regulations.

Reports say that at the time of the game, James was the holder of a United Kingdom Passport. He had a stamp inserted in the passport indicating he was a citizen of SVG by descent.

This, according to the GFF, is a violation of the said Article 19(3), which recognises a passport as the only form of valid proof acceptable.

FIFA’s Disciplinary Code Article 55 (1) states that if a player takes part in an official match despite being ineligible, his team will be sanctioned by forfeiting the match and paying a minimum fine of 6,000 Swiss francs.

Reports say that after assessing the matter and looking at all the evidence, P Fumagalli found the case put forward by the GFF to be flawed in a number of ways.