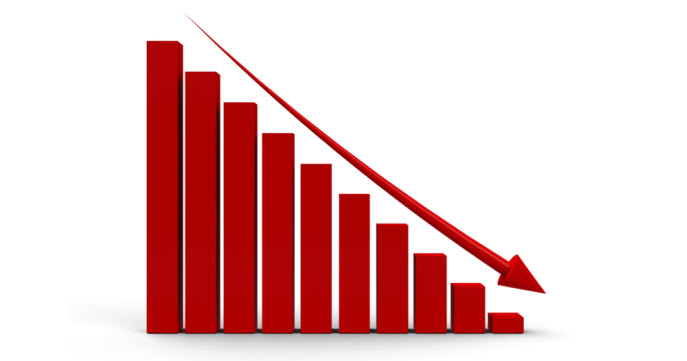 Electricity consumers in St. Vincent and the Grenadines will see a fuel surcharge of 20.71 cents for the current billing period, the lowest since 2004.

But Thornley Myers, chief executive officer of electricity provider, VINLEC, also warned on Tuesday that while global oil prices have fallen, consumers must be prepared for when they begin climbing again.

The 20.71 cents fuel surcharge compares to 45.49 cents around this time last year.

“A significant difference,” Myers said, adding, “The last time we had fuel surcharge lower than 20.71 cents was in July of 2004.”

He told reporters at a press briefing in Kingstown that the low fuel surcharge is a reflection of the cost of fuel.

“… and it is something that we have always stressed, as an organisation: When fuel prices are high, we pay more for fuel, and customers will see a higher fuel surcharge,” Myers said, noting that the converse also applies.

On Monday, the price of a barrel of Brent Crude dropped below US$28, making it cheaper than water in some countries, including Britain.

Myers said that with the lifting of sanctions against Iran, there are predictions that the price of oil could fall even more.

He said VINLEC hopes that its fuel surcharge can get “as low as possible”, but hastened to add that that would depend on the price of oil on the international market.

Myers said that VINLEC wants to remind its customers that while the fuel surcharge this month may be 20.71 cents, households will be paying 70.71 cents per unit of electricity.

“We are all happy about that, but we still have to, in the midst of all of this, prepare for the day when fuel prices will move upwards again.

“And there is no question in my mind, certainly, and there should be no question in our minds about that fact that fuel prices will move up again. And who knows where they will end up.”

Myers said that VINLEC’s investments in renewable energy have to continue “because we make hay while the sun shines, but we have to prepare for the day when the sun isn’t shining, or, in this case, when fuel prices get back to high levels or even higher.”

Myers updated the media on the rehabilitation of the company’s hydro-power plants, which were damaged during the Christmas floods of 2013.

He said the plant at Richmond is fully operational and the company will move on to the South Rivers plant.

VINLEC expect that all works on the South Rivers plant will be completed by last quarter of 2015.

The rehabilitation will cost EC$19 million, funded by VINLEC’s internal resources in the form of surplus accumulated over time.

“I should also mention that some of this was forced on us by the floods but there was also planned rehabilitation work that was expected to take place at these hydro stations,” Myers said.

“So, by the end of 2016, all our hydro plants will be operational and we would have restored the capacity we had before the floods of 2013, but, in addition to that, we would be having a slightly increased output out of South Rivers.”

This year, just over EC$6.4 million of the EC$19 million budgeted for the rehabilitation will be spent.

“So, as you see, over the last two and a half, three years we have been spending significant amounts of money in ensuring that we re-establish our renewable energy production, and, of course, you and I would know what that means in terms of the cost of energy to our citizens.”

2016 will also see the company focusing on geothermal energy.

A geothermal plant is expected to come on stream in 2018 as a result of a deal between the government and foreign investors.

VINLEC will buy and resell the electricity to consumers.

Myers said the aim of the project is to provide lower-cost energy and energy stability.

“Quite often we focus on lower energy prices without focusing on energy stability,” Myers said, adding that VINLEC’s surveys have found that customers are both concerned about the price of energy and energy price fluctuation.

One reply on “VINLEC fuel surcharge at 11-year low  ”