FLOW to reward customers for switching to digital TV 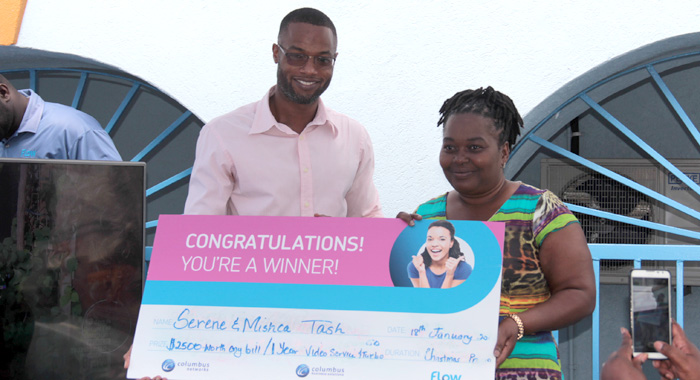 Telecommunications provider FLOW is moving to all digital television and has launched a campaign to encourage its customers to move to the digital platform.

The company’s sales, marketing and communications manager, Corey Garrett, told a press conference this week that the new campaign is inviting its customers to “see the bigger picture”.

The new campaign that has been launched is targeting customers on the older platform.

“… without a date being identified, very soon coming, there will be a time, for company reasons, for strategic reasons, obviously, where the company will have to close one of those platforms down. That platform, of course, being the older platform,” Garrett told a press conference in Kingstown.

He said the Karib Cable technology is antiquated and cannot be upgraded.

FLOW is inviting customers on the older platform to win three major grand prizes, namely one year’s digital extended basic video, a $1,000 voucher from Courts, and an LG 55” TV.

The campaign was launch last Thursday and runs until March 31.

“So, I think it is a very good incentive to reward those customers for something at the end of the day that will become mandatory, but is not yet mandatory,” Garrett said.

Apart from HD channels and stereo sound quality, the new platform includes digital TV, interactive guides and advanced features such as recording, playback and scheduling of programme, as well as video-on-demand, and enhanced customer service tools, such as parental control.

“So this TV is all about the user experience and the end user capabilities and that is what we continue to deliver via the digital TV platform on offer,” Garrett said.

Also at the media event, the company handed over the grand price in its Christmas Promotion, “This is how we flow”, to winners Serene and Misha Tash of Brighton.

The duo won one year’s free digital extended basic service, free turbo 50 broadband connection for the year, and a cash donation towards paying bills for a year.