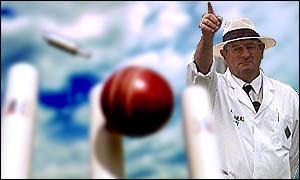 Two umpires from the West Indies will participate in a reciprocal Umpire Exchange Programme (UEP) with the Bangladesh and England Cricket Boards.

West Indian and Trinidad and Tobago Umpire, Zahid Bassarath will officiate in the upcoming Bangladesh first class league scheduled to run from Feb. 19 to March 7.

Bassarath began umpiring in 2009 and was promoted to the senior panel in 2012. In the UEP, the umpire from Bangladesh (yet to be named) will be assigned to round two of the WICB’s Professional Cricket League (PCL) in rounds 8 – 10 scheduled for St. Lucia, Antigua and Trinidad and Tobago.

The other umpire in this exchange will see Jamaican, Verdayne Smith visiting England in March for three rounds of first class matches while Martin Saggers from the English Cricket Board (ECB) will officiate in Rounds 9 and 10 of the PCL in Trinidad and Tobago and St. Kitts respectively. Smith has been an umpire since 2000 and is currently a member of the WICB senior panel.

The UEP is among member countries of the International Cricket Council (ICC) and the WICB has been involved since 2009.

Project Officer at the WICB, Rawl Lewis says, “This programme has been and continues to be an integral part of our umpire development as it provides opportunities for the umpires to experience different conditions and follow the protocol of other leagues which is vital for their advancement.”

Lewis noted that six out of 12 umpires currently on the senior panel including Peter Nero, Gregory Brathwaite, Joel Wilson, Nigel Duguid, Leslie Reifer and Patrick Gustard have participated on the programme in England, Bangladesh and Sri Lanka. Nero was the first to participate in the exchange program in England back in 2009.

The WICB hosts at least two umpires workshop per year and focuses on a series of topics to include changes to the laws and playing conditions, developing group culture amongst umpires, leadership and match management. The workshops are held prior to the age group and first class tournaments for both senior and second tier panel umpires. The WICB will look to have similar workshops in 2016.