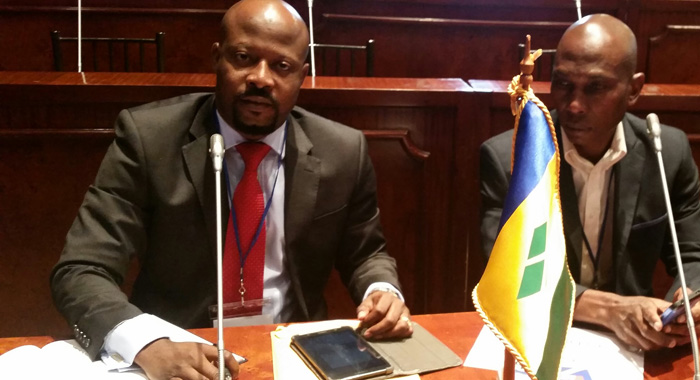 The Community of Latin American and Caribbean States (CELAC) Parliamentary Group has adopted CARICOM’S call for reparations for native genocide and the enslavement of African people in the Caribbean through the Trans-Atlantic slave trade.

On Tuesday, legislators from 17 countries met in Quito, Ecuador to formalise plans for the operation of a Parliamentary Network across Latin America and the Caribbean Union.

The forum, which sought to strengthen relations among member countries, agreed on a manifesto that was presented to CELAC leaders at their meeting on Wednesday.

Thomas, who is also chair of the Reparations Committee in SVG, noted that CARICOM, as a regional bloc, had agreed on the call for reparatory justice and urged the CELAC parliamentarians to join the cause in solidarity with CARICOM.

The grouping of parliamentarians also agreed a common agenda focused on the defence, protection and the promotion of the independence, sovereignty, socio-economic and political union of Latin America and the Caribbean.

During his presentation at the meeting, James said that the government and people of SVG continue to call for stronger ties with member States of CELAC.

“We are facing external challenges as a regional bloc, including the effects of climate change, the global economic crisis and the recent economic war against the government and people of Venezuela. Our desire is to deepen south-South cooperation and strengthen our relations as a bloc,” James said.

“On behalf of the people of St Vincent and the Grenadines and our esteemed Prime Minister, Dr the Hon. Ralph E. Gonsalves, we are happy to join in solidarity with our fraternal comrades across Latin America and the Caribbean Union in deepening relations across our National Assemblies for the protection and promotion of our democracy and sovereignty as independent countries,” James said.