Georgetown woman dies in car crash on the way to church 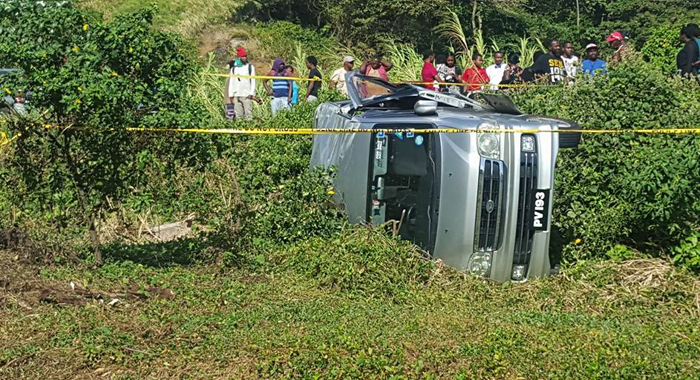 The scene of the accident in Argyle. (Photo: Facebook)

A woman died Saturday when a vehicle in which she travelling to church in Arnos Vale crashed in Argyle around 8:30 a.m.

Police say she was a passenger in motor vehicle, PV193, a Daihatsu minivan.

The vehicle is owned by Anthony Walker of Georgetown and was driven by his mother, Lavern Walker, 55, also of Georgetown.

Police say that preliminary reports are that they were travelling from Georgetown to a church service at Arnos Vale when the vehicle went out of control and ran off the road at Argyle.

Henry reportedly fell out of the vehicle and died on the spot, police say.

Seven persons were travelling in the vehicle at the time of the accident.

Oscar Browne, 7, of Georgetown and Dennis John, 58, were up to Saturday evening hospitalized with head injuries.

The driver escaped without injuries.

A post-mortem examination will be carried out on Henry’s body.

Twenty-five persons dies in road incidents in St. Vincent and the Grenadines in 2015.