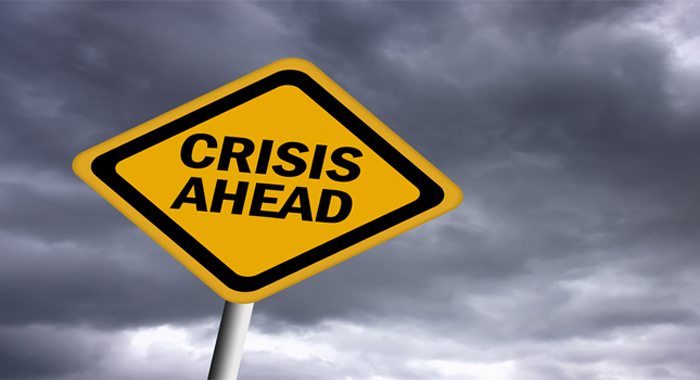 A non-partisan pressure group in St. Vincent and the Grenadines says the “loss of unifying authority and morale” in the country is “the surface” of what is says is “a crisis” in the nation.

The People’s Movement for Change (PMC), whose motto is “People before party, country above politics”, has, therefore, called on citizens and leaders of the country “to pause and consider” its pleas.

Chair of the PMC, Oscar Allen, in a statement, addressed the on-going political tensions in the country in the aftermath of the Dec. 9 general elections.

The main opposition New Democratic Party (NDP), which won seven of the 15 parliamentary seats, has accused the ruling Unity Labour Party (ULP), which captured the remaining eight, of stealing the elections.

The NDP has refused to participate in parliamentary activities and small group of is supporters have been holding protests daily in Kingstown.

“Our country is unsettled, anger fills the airwaves and economic life is uncertain,” Allen said in the statement, adding that this is the candid observation of the PMC.

He said that when, after the elections, the second most popular political party cries foul and rejects the elected government, there is reason for unease.

“When this moment of tensions which should be met with a government’s restraint, vigilance, statecraft and self-analysis, meets instead with hostile denunciation and ridicule, the art and science of politics and governance descend to ‘What I say goes,’ a disrespect for diversity of opinion,” Allen said.

He further said that when the protesting party allows unpleasant or vile comments to be made against individual officers, mainly the Supervisor of Elections, stirring more vileness in return, a cause becomes schism.

“This loss of unifying authority and morale is the surface of the crisis, as we see it, and so, we ask fellow citizens and leaders to pause and consider our pleas.

The PMC chair appealed to the political leadership, saying that it would like the NDP to strengthen its role as the parliamentary opposition and its cause for elections review.

“Give your assent to the government even as you use all your powers to dismantle it.

“We ask you to return to Parliament and prepare and present your contributions as being the voice of so many Vincentians of all political persuasions, including ULP captives.

“Can you not clothe the street in protests for a cause that is larger than the elections results, and so indicate to the community that the NDP has an outline of a really “New” inclusive democratic way of governance?” Allen said.

He also invited the ULP “to recognise that a “mature 4th term government presents a change to fashion the fresh start that we expected following the so-called’ roadblock revolution”.

Allen also called on the ULP to subscribe to a “people empowering political economy” and extend “penitent outreach to those whose heads rise above the crab basket.

“Can not the ULP use its energy to set in motion a moral revolution with the party and a democratic power in society?” he said.

“We in the PMC consider that that is the way out of our coming crisis of power, chaos and resort to coercion – physical, judicial and legislative.”

Addressing citizens, Allen said there is a sense in which “the crisis on the horizon” in SVG is related to “the kind of citizen we have become”.

He said a new kind of citizen is needed “in order that we make our way out of this looming chaos.

“There are some of our people who are wise to the mess we are in but keep their heads and hands below the radar as a personal security measure in the present crude practice of governance.

“There are others among our people who consider their political tribes guarantees a better way ahead for our country, and maintain tribal warfare.”

He said there are still citizens who live well as a result of and in spite of woes of the economy, policy and people.

“For the PMC, some categories of citizen will more readily feel and heed the call for commitment to take up the new role that our country, SVG, calls us to fill.

“The PMC points to the way ahead as a citizen-led change, and we challenge ourselves and those who know the nation’s crisis, to step forward in a pro-democratic movement of significant weight, to help lead our civil society and our political society onto a new day, a deepened democracy and abundant opportunity for each and all to develop,” Allen said.

He said the PMC will offer soon a forum where it can share more fully its understanding of the reality that faces “us all in SVG.

5 replies on “Non-partisan group speaks of ‘crisis’ in SVG”