Vincentians to pay increased and new taxes in 2016 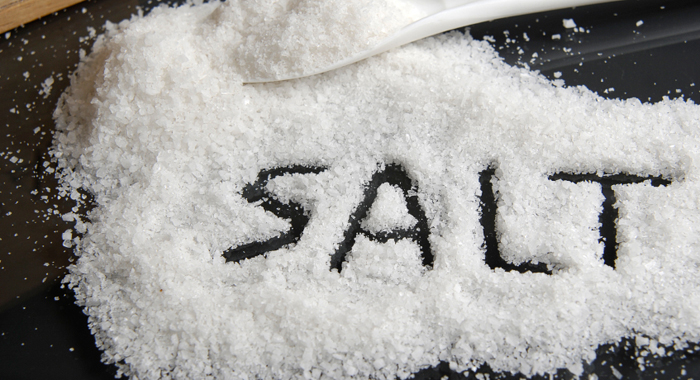 VAT on salt and a new tax on cellphone calls are among the fiscal measures PM Gonsalves has announced.

Prime Minister Ralph Gonsalves announced increases in several taxes as well as a new tax on cellphone calls when he presented the 2016 Budget on Monday.

“I intend to impose a levy of 2 per cent on mobile telephone calls and on international calls — all calls — to be paid directly into the Zero Hunger Trust Fund, in accordance with a specific statute law,” Gonsalves, who is also Minister of Finance, told Parliament.

It is not clear whether the parliamentary opposition will debate the EC$912 million budget, as they again stayed away from Monday’s sitting of Parliament in continued protest of the results of the Dec. 9 general election, which they say was stolen.

The new tax on cellphone calls is in addition to increases in property tax on commercial buildings, driver’s licenses, gun licenses, and the introduction of Value-Added Tax on a number of items, including chicken, lentil, salt, butter, yeast and baking powder.

Gonsalves said the tax on mobile telephone calls is expected to general EC$2.7 million for a proposed Zero Hunger Trust Fund, which, he said, is central to the draft National Zero Hunger Action Plan.

The Trust Fund will support the multifaceted efforts needed to eliminated hunger in St. Vincent and the Grenadines and establish a model approach that can be replicated across the Caribbean, Gonsalves said.

He told Parliament that the Ministry of Social Development has the names and addresses of every individual in SVG who is in extreme poverty and susceptible to hunger.

“So we are not just going to deal with this in a general way. We have to address each of the persons specifically,” Gonsalves said.

“I just want to say this: we love to talk a lot on the phone. So when you talk for a dollar, know that two cents out of that dollar is going inside of a fund to help to bring an end to hunger. I don’t think that people will be opposed to that at all,” he said.

Gonsalves said the list of Value Added Tax exemption in SVG is much wider than in other developing, small island states.

He said that to widen the tax base and improve buoyancy, his government will introduce VAT on packaged rice for retail sale; table and cooking butter; and brown sugar; and whole chicken and chicken parts, except chicken back, neck and wings.

The VAT exempted items that will be made taxable are: lentil and pigeon peas; cooking oil, except coconut oil; shortenings; salt; yeast; and baking powder.

Gonsalves said these measures will take effect May 1. He told Parliament that the revenue yield from these items is expected to be EC$8 million annually.

Strong Rum will be exempted from the increase.

“I should point out that the proposed rate for beer, for instance, 83 cents per litre, we are really bringing that in line with what is paid locally already. The imported beer is paying less,” Gonsalves told lawmakers.

He announced that the 0.06 per cent rate paid as property tax on commercial buildings will be increased to 0.08 per cent, matching that paid on residential properties.

He said that at the time of introducing the property tax some years ago, his government had said that the 0.06 per cent rate was a temporary arrangement to give businesses time to adjust to the new system.

The new rate will come into effect from the current tax year, Gonsalves said.

The new regime will contribute a further EC$300,000 annually to the government’s coffers.

Gonsalves said most of this money will go to the Kingstown Town Board.

“As you are aware, a priority in the government in 2016 is the cleaning up of Kingstown and improving its appearance. So, we need some more money,” Gonsalves said.

He announced a 25 per cent increase in motor vehicles and driver’s licences for the various categories.

“This is estimated to give an increase of 3 million dollars,” Gonsalves said.

He said that unlike some other CARICOM countries, SVG does not impose a ban on the importation of vehicles older than 4 years old.

However, SVG imposes a special surcharge, which was last adjusted in 2008.

The government will increase the surcharge by 15 per cent for each category.

This is expected to generate EC$500 annually.

“The rates of land taxes have not adjusted for over 20 years, despite the significant appreciation in and prices since then,” Gonsalves said.

“The estimated revenue yields from all of these very small other fees and charges: approximated three-quarts of a million dollars.

“And that is the way I intend to collect an additional 20 million dollars or 1 per cent of GDP to deal with the financing for economic growth and job creation,” Gonsalves said.

Before announcing the fiscal measures, Gonsalves said that since the global financial meltdown of 2008, it has become increasingly difficult for member countries of the Eastern Caribbean Currency Union, including SVG, to raise the necessary resources to finance their growth and development.

He said a number of fiscal consolidation and debt-restructuring measures have been implemented by his government toward fiscal and debt sustainability.

Additionally, tax measures have been introduced to increase revenue intake.

Gonsalves said these initiatives have produced moderate results with an improvement in the fiscal balances.

“There is need now for more revenue to finance our ambitious plans for economic growth and job creation, which I have just outlined,” Gonsalves said.

He said emphasis will be placed on an increased revenue intake by reducing tax exemption and concession and improving tax administration and compliance.