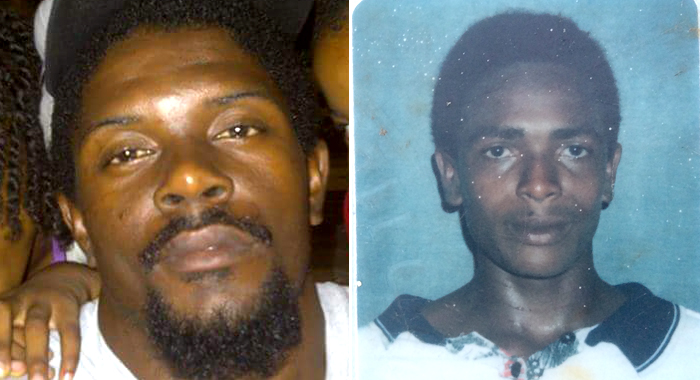 Police have launched a homicide investigation into the death of two men who were found dead in Woods Mountain in Campden Park Sunday morning.

Relatives and police identified the men as Kevin Damani Warren, 36, and Jomo Robellto Williams, 32, both farmers of Lowmans Hill.

Warren told iWitness News that when he got close to the hut where his brother farms, he called out to him but got no response.

“When me step up a little more, me see mi brother tie up,” he said, adding that he told the other man who was with him that his brother was dead.

Warren said that he examined his brother’s body when he got closer.

“Me see like he get shoot in he head,” he said, adding that Williams’ body was found under a bag inside the hut.

Warren said that his brother’s hands were tied and it seems that his legs were broken.

Williams’ hands and legs were tied together, he said.

“No water can’t come out my eye; I just can’t believe what happened,” he said.

Warren, like his mother, Elma Burgin, described his brother as “a troublesome boy” who would drink rum and “cuss” people when he was drunk.

“Once he nah drink, he was a good person,” he said. “Only when he drink he go get in problem with people.”

But he said Williams, who he referred to by his nickname, “Bowlie”, loved peace and quiet.

Williams was father of a 10-year-old daughter, and an 11-year-old adopted son.

Warren’s mother, Elma Burgin, said she was getting ready to go to church when he got the news of her son’s death.

Burgin said that she has diabetes and hypertension so her son told her that he would look into the news.

“So me say, ‘Ah have to go church. Ah done prepare meself for church and I’m going to church’,” Burgin said.

Head of the Major Crime Unit (MCU), detective Inspector Atland Browne told reporters that relatives of the men told police that the men went into mountains on Saturday.

He said one of the men’s girlfriends tried to contact the farmers Sunday morning but got no response.

The detective said the bodies have signs of trauma, including what appear to be gunshot wounds, chop wounds and signs of beating.

He also confirmed that the men were tied up, adding that it appeared that the contents of their hut were removed.

There were speculations among civilians that the men had been tortured.

Police at the scene included officers from the Drug Squad, MCU, Rapid Response Unit and the Special Services Unit.

It took police and funeral home personnel several hours to bring retrieve the bodies, which were said to have been recovered two hours’ hike away from the nearest motorable road.