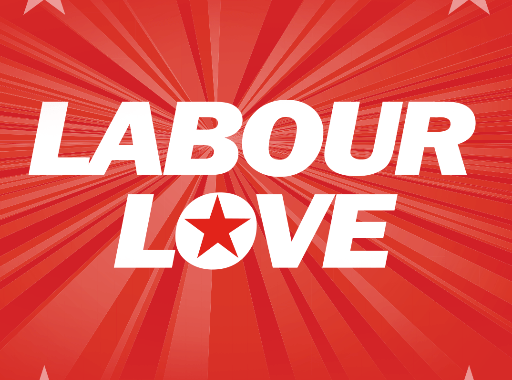 “Labour Love” was the slogan used by the Unity Labour Party in the campaign for the Dec. 9 general election. However, I wonder how many of you are really getting the “Labour Love” now after the election and now that the country is so hard.

My information is that the Farmers Support Company (FSC) is in trouble. One person was calling Agriculture Mobile Unit stations on Friday, Feb. 19 to tell workers that the same Friday is their last day at work at the Agriculture Unit in Orange Hill, Dumbarton and New Grounds. All this was done without proper notice, and no pay.

The ones that joined the Company last will be sent home and the older workers will be sent back to their various positions held before they were transferred to FSC. Comrade, is that Labour Love? People have families to support in these hard economic times. They have loans, mortgages, hire purchase arrangements, water to pay, light to pay, food to buy, plus they have children to send to school and now they are being sent home without even knowing where their next meal is coming from. Most people live from month to month because the salaries are so small; nothing to save and now you take that away from them. How are they supposed to pay their bills with no income? Most of them are single parents who rallied around the Minister and the entire ULP on a whole, but now they have been put on the back burner. Do you take a good look at the weekend papers and notice the amount of properties banks foreclose on and put up for sale? People are losing they jobs daily under this Government and cannot pay to keep they properties and it’s not because they live above their means but simply because their source of income has been taken away.

Families are left homeless and going to sleep hungry at nights. But the ULP is bragging about having increased Poor Relief and the number of persons on Poor Relief. This simply shows that the country is in serious turmoil and no one seems to care, as long as their bread is buttered.

The things that politicians do just to get votes or to be on the winning side and then forget who put them there! The Ministers go around in the constituencies every four years fooling the people just to get votes, and after election, you can’t even talk to them.

Minister Montgomery Daniel will always remain a man of integrity and someone who listen to the cries of his people. This man you can go to his home anytime and he welcomes you. If he can help, he will help; but if he can’t, he would say up front, ‘I cannot help you’, and people understand. Minister Daniel continues doing the work that God has sent you here to do.

Other representatives need to take a page from your book and understand the people put them there for a reason — not to be a “YES MAN” while knowing to themselves that nothing can be done, or that they cannot help you. Stop fooling the people. It has gone too far now. If you can’t help, say so. People would appreciate you more for it.

One MP in particular, because it is his last election, it seems like he doesn’t care about the people anymore.

According to one source, a young lady has been taken for a fool and a good ride. The young lady was sent to a department of that MP’s ministry two days before the December 2015 election as an election gimmick. At the same department, workers tend to sit all day long as there is nothing to do, but every fortnight they receive a salary. She has not got paid since starting to work.

The source also said that the young lady was interviewed by the Minister at his office in Kingstown where she was told to start work at the same office in Kingstown, but she was embarrassed when she showed up for work that day and no one knew who she was or was expecting her to start work; not even the PS knew anything, as no information was passed on to him by the Minister or his secretary.

The young lady went back home and the Minister visited her home and she confronted him and he, in return, told her it was a misunderstanding at the Office and he called a young lady at the office to take her personal information which was already given on two separate occasions and mention to the lady in his Ministry that the young lady will start to work on the Dec. 7, 2015 because there was a misunderstanding and also she will get paid for the month of November that she didn’t get to work.

Now, the young lady cannot even get to pay her bills or even buy food. Is this the kind of people who we need to represent us? Yet when you talk, you are victimised, and even get laid off from your job and all this happens to the ones who supported and rally around the ULP — people need to survive the same way you are. As a gentleman commented on the South Central Windward Facebook page, “Your bread done butter and others need they bread butter too”.

It is time for victimisation to stop. If someone is qualified for the job, give it to the person, but don’t give it to someone because there are related to the PS or the Minister is friend with the parents or friend with the individual or they get the work because of party benefits or the family is rich and all children including parents are working within Government ministries while the poor man’s family struggles, cannot get a work and all six children are sitting at home with good qualifications and nothing to do because they don’t know any Government ministers pull a string for one of his child to work. I understand that the Government cannot provide jobs for everyone, but yet while the poor struggles to make ends meet for his families, they are being victimised by those in high authority pulling the rag from right under their feet.

The election campaign was all about what young people can expect in the next five years concerning the providing of jobs and other things but the one that catch me the most was how much each minister professed to care about the interest of the young people and no one being left behind but it seems like they forgot to mention the part where young workers who have family to support are being sent home and young workers are working for months without a salary.

Young workers are about to be evicted from properties whether by bank or landlords because of no income while they are “working”. Young workers have to beg for bus fare to travel and to buy food to eat and be at work every day but no salary, while they are “working”. Workers who get released from Orange Hill without pay journey to Kingstown to the Office of FSC just to get payment. They come from Mt Grenan, Diamonds, Dumbarton, New Grounds, Georgetown and Sandy Bay almost every day, only to be told that the cheques cannot be signed until Cabinet releases money. Banana farmers can’t even get paid, but friends of the well-positioned are getting paid from FSC just to sit at home, drive high folks or trade in gossip.

One state company paid people to work on the election campaign, under the guise that they had done work for the state.

Van drivers who also worked for the election in the South Central Windward are among those who still haven’t got paid for they services rendered. Pay the people! They too have bills to pay.