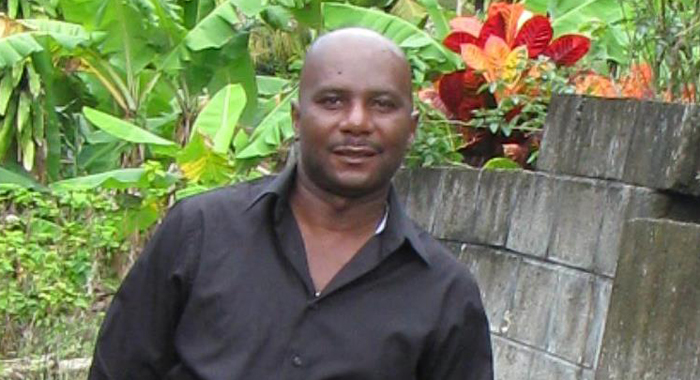 Songwriter and journalist Ashford Peters is joining the fight against world hunger by highlighting the problem in a song titled ‘Give A Smile To A Child’ – a song he refers to as ‘The World Hunger Song”.’

The audio of the song is scheduled to be released today (Friday) via the Internet on social media networks YouTube and Facebook; and on Peters’ soon to be launched official website: www.ashfordpeters.com.

Peters wrote the song in 2014 and recorded an amended version for the Christmas of that year but did not market it. The recording of the original version was completed earlier this week.

“When you see the hunger in their eyes we can make a difference in their lives. Give a smile to a child, let’s make them smile,” the first part of the chorus says.

Peters says that hunger is a world problem and the United Nations has a number of strategic interventions to curb this crisis and transform the world. And, according to the UN, there are 795 million hungry people in the world and it is estimated that by the year 2050 another 2 billion people will be hungry if a profound change is not made of the global food and agriculture system.

Peters says that while, according to the UN, the food and agriculture sector offers key solutions for development, and is central for hunger and poverty eradication, two major factors affecting the sector are war and climate change.

“There is no doubt that war and climate change contribute immensely to scourge of hunger around the world. War, through the use of sophisticated heavy weapons, destroy land mass and agriculture, thus posing great threat to food security as do climate change,” Peters says.

“And what about use of chemicals and other not-so-publicized agents used in war; don’t they impact the environment and climate change?” Peters asks.

Peters says: “Our future is dying. And, if enough is not done, and done strategically, then our children, our future will die very quickly.”

According to the UN, poor nutrition causes nearly half (45 per cent) of deaths in children under five – 3.1 million children each year and 66 million primary school-age children attend classes hungry across the developing world, with 23 million in Africa alone.

“When war is not killing our children, hunger is. There is a direct link between war and poverty. And poverty results in hunger,” Peters says.

But it is not solely up to the politicians or technocrats to solve the problem. It is up to all of us, every single individual can and must play a part in solving this problem or coming as close as possible to totally eradicating this scourge. We must do whatever we can, however we can, in the shortest possible time to eradicate this problem. Let’s take that stand and make that stand. For God sake let’s do it!” Peters says.

Peters is an independent songwriter. His first song titled “Start My Fire” was released in August 2014. Two other songs scheduled for release soon are; “Give It To You Raw” and “Tell It To The Children”.