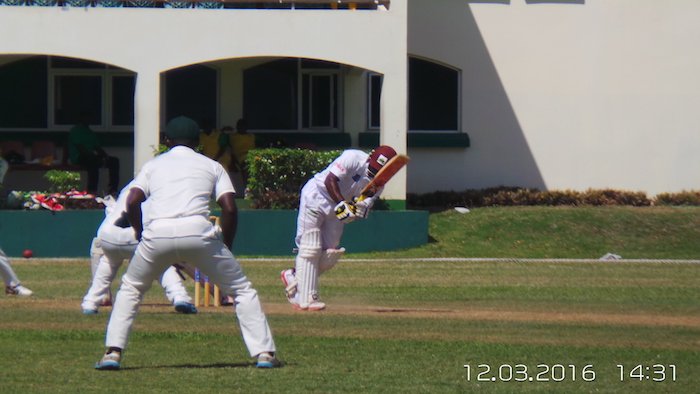 Devon Smith made a fighting century.

Devon Smith, who ended the day on 125 unbeaten, led the Windwards chase of a seemingly lost cause, but routinely ran out of partners on a difficult third day that ended with the score at 245 for 4.

Smith’s opening partner departed for 19 after being bowled by John Campbell, but Jerlani Robinson then dug in for a determined stand of 64 in adding 131 for the second wicket with Smith. He was removed soon after making a half century, caught by Jermaine Blackwood off the bowling of Nikita Miller.

Gidron Pope (4) and Sunil Ambris (1) added a combined total of 5 before Kavem Hodge managed to steady the ship with a late evening knock of 27 not out in a partnership of 44 unbroken for the fifth wicket.

For the Scorpions, Miller took two wickets, while there was one each for Campbell and Blackwood. In reply to Jamaica’s 445 the Windwards were bowled out for 233 in their first innings after resuming on 149/5.