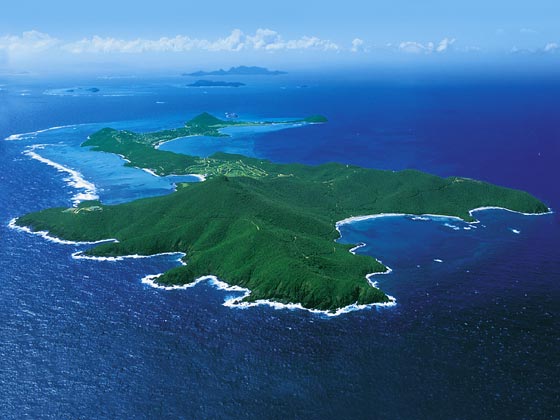 The Canouan Island Development Council (CIDC) says it hopes that the government will reconsider its decision and change the venue for a meeting next week to the southern Grenadine island.

The council has asked for the meeting to discuss affecting residents admits tourism developments on the island, including access to beaches.

They have asked for a meeting with Prime Minister Ralph Gonsalves, who assigned Permanent Secretary in the Ministry of National Security, Godfred Pompey, and Director of Grenadines Affairs, Edwin Snagg, to represent the government at the talks.

The Office of the Prime Minister has scheduled the meeting for next Wednesday, March 30, at Pompey’s office, located in Kingstown.

But President of the CIDC, Terry Bynoe, said on radio on Tuesday that the CIDC, which was formed in early March, cannot afford the cost of transportation to Kingstown.

Further, he said that a meeting on Wednesday would mean — because of the schedule of the ferry service — that the delegation from Canouan would have to spend the night in Kingstown.

“This is a problem on the island of Canouan where we hope the government would reconsider and come to handle these matters with us. Because if we are not going to have a hearing from the investors or from the government, it simply means we will go back to what we were doing, or up the game to some other thing,” Bynoe, who is also an activist for the ruling Unity Labour Party, said in a call to Hot FM.

Residents of Canouan have been holding picnics on the island’s beaches on Sundays to emphasise their right to land access to the beaches, which, like all beaches in St. Vincent and the Grenadines, are public. (See video below)

Bynoe further said the government already pays for seats on the high-speed ferry for its workers and officials to travel between the Grenadines and Kingstown.

Sending the government officials to the Grenadines would not incur any additional transportation cost, Bynoe added.

He suggested that the government was trying to avoid the meeting.
Ask why the government would want to do this, Bynoe said: “I think all persons’ guess might be as good as mine. When you don’t have proof on certain things, you just leave it alone.”

He said Snagg — who is originally from Union Island — was in Canouan as recently as Friday.

“You want to say they cannot come to meet with the Canouan people who are having problems? We are voters, we are citizens; as simple as that,” Bynoe said.

“If we can’t pay our passage to go, one might say it’s our problem,” Bynoe said, but noted that unlike travelling within St. Vincent Island, one cannot just take a van from Canouan to Kingstown — a 26-nautical mile journey.

Other options would be for the government officials to fly to Canouan at 10 a.m. and return at 5 p.m., at a cost of about EC$260 return per person.

Also, they can travel via high-speed ferry to Canouan Friday morning and return that same afternoon, at a cost of EC$200 return per person.

But Gonsalves told a press conference on Tuesday that he never committed to meeting personally with the Council.

He further pointed out that he never said that the government said it would send a delegation to Canouan, but added that doing so “is not a problem”.

He, however, said two members of the council can come to Kingstown and meet with the government officials.

“You don’t need to have the whole executive of the Canouan Island Development Council,” Gonsalves said.

“Some people may be looking for martyrdom on a simple, straightforward matter. I can’t help if anyone had in his or her head that they have the equivalent status of Nelson Mandela. I really can’t help with that. There is a practical problem to be solved,” Gonsalves said.