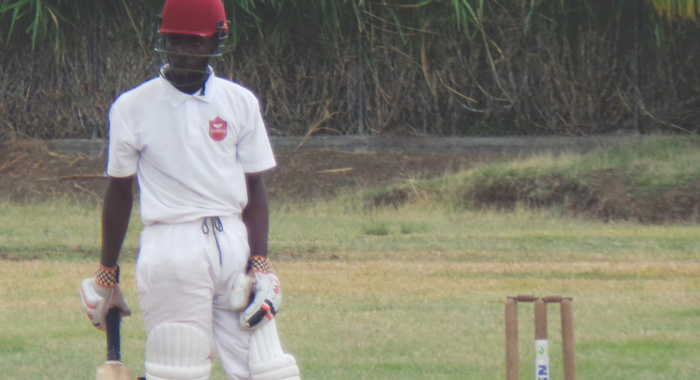 Lime Radcliffe conjured up a come-from-behind, 4-wicket win over Victors 1 at the Park Hill Playing Field in their National Lotteries Authority (NLA) Premier Division match on the weekend.

Victors 1, winning the toss and batting first, experienced all sort of problems at a venue, though serving up all the side dishes worthy of a gala occasion, in the form of the crowd support and ambience, still found themselves in its toddler stage of producing an appetising main course — a good cricket wicket.

Since being opened just over three years ago, the ground has gained popularity as a lively venue, with the SVG Cricket Association hosting the finals of both the Super40 and T20 there with great success.

And while being moved up to not only host domestic matches but Windward Islands senior and age tournament matches, concerns have been raised with regards to the quality of the wicket. This has been acknowledged by NSC officials, who are said to be working to get the pitch up to the required standard.

Victors 1, choosing to get what it is said to be the best use of the wicket, were bowled out for 127 with SVG opener Atticus Browne getting a topscore of 40 — hitting 6 fours and 1 six. Former SVG U19 pacer Westwick Straugh took 7/39 from 11 overs with 3 maidens.

LIME Radcliffe did not fare any better as they were dismissed for 108 with former U19 captain, Kadir Nedd (24) and current Windwards U19 opener and SVG 19 captain, Romano Pierre 22 topping the batting. Windward middle order batsman Miles Bascombe was the surprise wrecker with 6/17 with his “accommodating offspin” and Windwards left-arm spinner Alston Bobb took 2/37.

Bobb 3/22 and former West Indies U19 pacer Ray Jordan 3/35 tried to get the points for their team but their efforts were just not good enough.