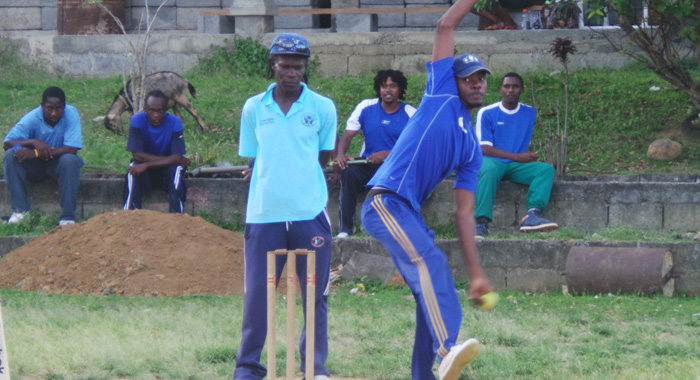 The other scheduled match between Smart Strikers and Owia Young Strikers on Saturday was rescheduled as per the request of one of the teams.

Batting first after losing the toss, Smashers overcame a major collapse when they lost 4 wickets at the same total going from 31/3 to 31/7 to reach 98 in 12.2 overs.

Set 99 for victory, Rate YO Boyz Challengers mustered a good fight but ended just short being 93/7 when overs ran out. Desron Lavia 25 and Noel Samuel 21* led the batting.

Batting first after winning the toss. Bank of SVG Allstars got to 123/9 in their 20 overs with Glenroy Dasent 25 being the top scorer and Elvis John taking 4/27 for Budgmart Simple Touch.

Chasing 124 for victory, Budgmart Simple Touch were roughed up and dismissed for 53 in 12.5 with Dwaine Williams taking 5/16.

In the final match on Sunday, Fully Loaded Ballerz needed no extra clip in disposing of Gunners by 85 runs.

Gunners, when asked to hit target of just over 7 runs an over, never came close to the mark and fell for 58 in 13.4 overs with Sunil Paul 4/10 and Ortis Hector 4/20 doing the damage.

Bank of SVG Allstars’ Dwaine Williams was named Player of the Weekend for taking 5/16 against Budgemart Simple Touch.