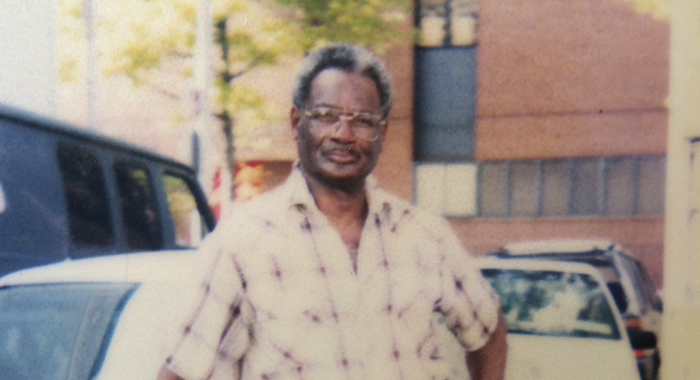 A masked gunman shot and killed an 80-year-old Fair Hall man Thursday morning, shattering his common-law wife’s plan to celebrate her 77th birthday together with their family later that day.

He was shot outside his house after the gunman exited their living room, where he had demanded money from two of Browne’s grandchildren.

Browne’s common-law wife, Vera Byron, who refers to Browne as her husband, said she went to the bathroom around 5 a.m.

She said the house is being repaired and, therefore, two of their grandchildren were sleeping in the living room.

“When I came back from the washroom, I went in the sitting room and I looked at my two grand[children] and I say, ‘Look at how they’re there sleeping.’”

Byron told iWitness News that she went back to her room and was praying when she heard one of her grandchildren scream.

She said that as she house is being repaired, she thought her granddaughter had seen a cockroach.

Bryon said she then came out into the living room where she saw a masked man in the corridor.

The masked man was asking Byron’s granddaughter who were in the other rooms in the house.

The masked intruder continued to demand money and asked the two grandchildren their names, and took their cellphones.

He also knotted the ends of the curtains to make them shorter, and opened the windows and doors, in an apparent attempt to increase his escape options.

Byron said she then went to the window and began calling out to Browne, who sleeps on the ground floor of the two-storey house.

“And I bawling for murder and I say, ‘Harry, a gunman in the house!’”

As Browne was making his way upstairs, Byron said she heard shots fired.

She said she exclaimed, thinking that the gunman had killed her granddaughter.

“And when I do come out, it was Harry lying on the ground there,” Byron told iWitness News.

The killing could not have come on a worse day for the family.

“So I have a sad birthday today,” said Byron, who has been in a relationship with Browne for more than 40 years.

“I feel sad, sad, sad, sad this morning. Sad, sad, sad. I didn’t expect that. Is better the gunman did shoot me more than shoot he. And the gunman could ah just shoot he by he foot, or shove him down, rather than kill him,” she said.

Bryon said she has cake and Browne bought some beers on Wednesday to celebrate her birthday.

The family was planning to have a celebration later on Thursday.

Police rushed Browne to hospital, but Byron believes that he died before leaving his home.

“Man, He died right home here before he go. Them go say he dead ah hospital but he dead right in the yard there,” she said.