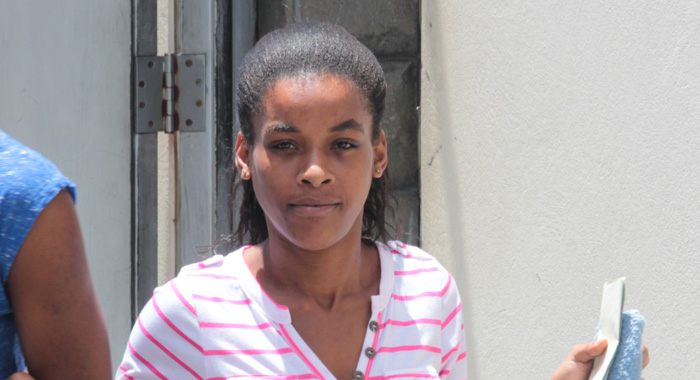 Friekesha Douglas beat her former boss who refused to pay her immediately after firing her. (IWN photo)

Prime Minister Ralph Gonsalves says he has asked for files on the status in St, Vincent and the Grenadines, after an incident in which the manager of a Chinese restaurant refused to pay immediately a worker she had fired.

Speaking in Parliament on Tuesday, Gonsalves told lawmakers that the country still has fiscal challenges, including too many unemployed persons.

“We have people who are working in conditions, which are not as optimal as they should be,” Gonsalves further told lawmakers.

“We have some people, particularly some persons in certain kinds of businesses, like for instance a young lady who had to assault someone from the Chinese civilisation who owns a restaurant because she wouldn’t pay her then and there after she had fired her,” Gonsalves said.

The court heard on March 30 that after being fired on Jan. 13, the worker, 21-year-old Friekesha Douglas of Lowmans Leeward, proceeded to beat the manager of Phoenix Restaurant, Jifen Chen, over the pay issue.

The blows Douglas inflicted on Chen at the Lower Bay, Street, Kingstown food outlet, resulted in superficial injuries to Chen’s face and neck.

When she appeared before Chief Magistrate Rechanne Browne-Matthias at the Serious Offences Court, Douglas pleaded guilty and was reprimanded and discharged.

Gonsalves told Parliament that he has received a report on that particular restaurant.

“And there are other reports which I have asked for in relation to health and safety at some of these restaurants. And I’ve asked for relevant files on the status in the country of certain people.

“Because, if you are here to do business, we welcome you to do business, but, for heaven’s sake, threat the people of St. Vincent and the Grenadines properly when they are working with you. We can’t allow you to behave in a manner contrary to the labour standards,” Gonsalves said.

iWitness News is aware of an incident last year where the police had to go to a Chinese-owned store in Kingstown to command the manager to allow the staff to leave at noon on a national half-holiday.

The store manager had earlier been told that the business could negotiate to pay the worker the appropriate wages if he wanted them to work until 3 p.m., as he said was his establishment’s half day.

The workers said they had told the store owner the previous day that the government had declared a national half holiday to allow citizens the opportunity to go support the national football team, which was playing a football World Cup Qualifier.

But the store owner maintained that those persons who normally work from 10 a.m. to 6 p.m. must work until 3 p.m., even after he had ignored the workers advice to have the entire staff work from 8 a.m. to noon on the half-holiday.

The store manager, however, backed away from his position when the police showed up, and allowed the workers to leave.