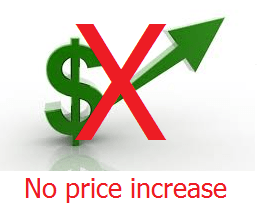 Cable television provider, Flow has shelved a decision to increase the prices of its packages effective April 1, 2016 as it had announced via a newspaper advertisement.

Minister of Information, Camillo Gonsalves, told reporters on Wednesday that his Ministry and the National Telecommunication Regulatory Commission (NTRC) contacted Columbus Communication, owners of Flow, to ask about their proposed price increases and the manner in which they planned to implement it.

The company responded on March 30 saying that as a result of some of the questions asked, they have decided to delay the planned implementation, Gonsalves said.

“The specific term they used is that they will revisit the timeline for the implementation of the changes. That conversation is on-going, but because they have indicated that, as of now, there is not a price increase,” the minister said.

Columbus Communications bought out local television cable company, Karib Cable, in 2013 after which there were complaints by some consumers about the packages offered locally.

Gonsalves was among those who expressed dissatisfaction and he told reporters on Wednesday that three years on, he is still not please.

But Cable and Wireless and Columbus Communications merged two years later, bringing with it new issues related to telecommunication services in the country.

Gonsalves said there were always concerns about whether the merger — while it might make good business sense for the entities involved — would make good sense do the consumers.

“Those concerns remain. It is not generally the practise that prices for digital services or entertainment services go up. Normally, they start higher and get lower as we go forward and the quality of the packages, in all of my conversations with the entities involved, I was assured repeatedly that there would be parity across the region in the package and that St. Vincent and the Grenadines would not receive any less or anymore than other countries receive and that the packages would improve over time.

“As of now, I can’t say that has happened,” Gonsalves said, adding that there is still some disparity regionally.

“And, certainly, from what I am hearing from consumers, they don’t believe that the quality of the packages have improved to date. We are continuing to have conversations with the entity,” he said.

At the time of publishing this story, Columbus Communications was yet to provide iWitness News with a statement on the proposed price increases, more than a week after they said the statement would have been sent.

Gonsalves said Wednesday that the Eastern Caribbean Telecommunications Authority (ECTEL) meets in St. Lucia next week and the proposed merger is very high on the agenda to be discussed “to see whether or not we can finally craft a unified cross regional approach to this or whether or not individual governments or individual regulators may have to take matters into their own hands.”

Despite the merger being finalised this week, LIME, the brand under which Cable and Wireless operates locally, has changed it network name to Flow and the new brand will be unveiled at a press event in Kingstown on Friday.

“… the new and refreshed Flow heralds the start of a new and exciting era for the brand, which underscores the successful integration of Cable & Wireless Communications and Columbus Communications Ltd.,” Flow said in a statement this week.

Gonsalves noted that branding and merging are two separate things.

“They are trying to convey the impression that they are a merged entity. And they are merged at a high level, internationally, but as they operate in St. Vincent and the Grenadines, and as they operate in some other jurisdictions, they are not yet merged, they are operating as separate entities,” Gonsalves told reporters.

He said ECTEL member countries have been trying to craft a common regional position on the types of conditions and requirements that would be imposed to allow the merger to go forward.

“But because there are different conditions on the ground in each ECTEL territory, and because ECTEL’s own negotiations with Cable and Wireless was not successful, we are trying to see whether or not we can come up with a common position, or whether or not we would have to have a set of St. Vincent positions for the Vincentian context and St. Lucia and for St. Lucian and so on. But we should have a better sense of that coming out of the ECTEL meeting next week,” Gonsalves said.

One reply on “Flow shelves plan to increase cable prices”